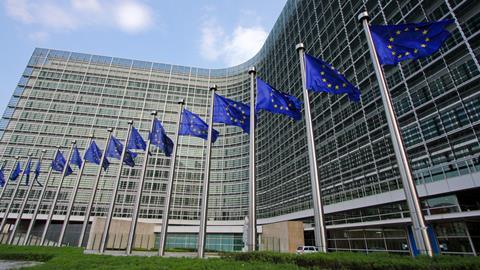 So, the final festive countdown has begun. And not just to our first coronavirus Christmas, but to the end of the transition period with the EU.

Things are not quite sorted on the trade agreement front. Despite the PM’s previous insistence that a post-Brexit deal would be a doddle, the only thing that’s “oven ready” around here at present are the mince pies Brits have been making to relieve lockdown boredom.

So, in a bid to salvage a trade deal at the eleventh hour, Johnson is off to Brussels. Not today, though. Presumably because he is playing Santa in the Covid vaccine rollout, or maybe he’s just got some Christmas shopping to do now the high street is open again.

As it stands, the markets remain hopeful that Johnson’s visit to Brussels “in the coming days” will be fruitful. After plummeting on Monday, sterling bounced back on news of a physical meeting between the PM and the EU chief.

The assumption, according to analysts, is that Johnson is not going to go all the way to Brussels to come back without a trade deal.

News this afternoon that the UK and EU have agreed a deal “in principle” on the Northern Ireland protocol, which will apply whether or not there is a trade deal, has given hope that might be possible. Not least because the UK has now agreed to withdraw all clauses from the internal market bill that breached the Withdrawal Agreement.

Still, there are more hurdles to overcome to clear the path to a UK-EU free trade agreement. And as Johnson pointed out this morning, Brits should brace for some big changes in 2021. “Whatever happens, there is going to be change, and people need to get ready for that change,” he told Sky News.

While it would be nice to believe that change could be an end to the coronavirus pandemic and Brexit uncertainty, it could equally mean further disruption to trade and another painful economic shock.

Determined not to put a dampener on the festivities of 2020, the PM urged the country to “be in good cheer” and promised there are “great options ahead for our country on any view”.

But after years of broken promises and an “oven-ready” deal that still appears to need some defrosting, nerves are understandably frayed. Let’s just hope he can deliver the only thing on food and drink’s Christmas list this year – as much stability as is possible during a pandemic.