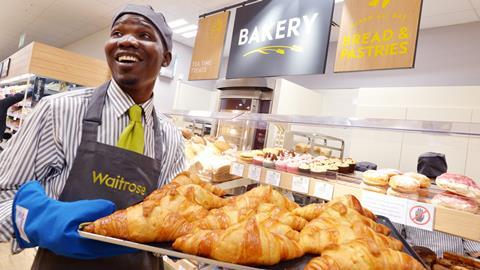 Diversity in Retail report shows power of working together

In the light of Black History Month, it seems appropriate that the newly founded group Diversity in Retail has published a ‘best inclusive practices’ paper. The document features initiatives from some of the UK’s largest retailers in efforts to create more inclusive workplace environments.

Deep structural change has been long overdue in the industry, which is proved by the fact that DiR itself was only recently set up (in June this year). In March, a BRC report found that one in five retailers had all-male executive boards and that only 4.5% of board members were from an ethnic minority background. Meanwhile, supermarket workers reflect the UK’s wide range of racial and ethnic identities. So the announcement that retailers were joining a D&I charter led by the BRC to help create more diverse and inclusive work environments earlier this year was a long time coming.

The government also requires companies to make gender gap reports publicly available, and Sainsbury’s has taken it a step further by publishing its first Ethnicity Pay Report in 2020. However, raising the bar across the industry also comes with higher levels of scrutiny.

Back in June, Wilfred Emmanuel-Jones (also known as the Black Farmer) wrote in The Grocer that the food industry “must do more than pay lip service to racial equality”. He singled out Sainsbury’s for losing interest in D&I talks as soon as Black History Month ended last year. It seems that the retailer may have taken the hint – it just committed to donating over £1m to different charities helping black communities and businesses in need to mark BHM.

But the company is not just talking the talk any more – it is also running a six-month ethnically diverse development programme for employees, and it recently adhered to the Halo Code, a black hair code that protects employees’ rights to go to work with natural hair and hairstyles associated with their racial, ethnic and cultural identities.

In order to ensure its ranges reflect local communities, Sainsbury’s added over 50 new products to its African and Caribbean ranges, which are due to hit shelves next March. Plus, it is working with smaller black-owned businesses as part of its Future Brands programme, and has even extended a partnership with The Black Farmer to sell the brand’s Jerk Sausages in selected stores.

The supermarket is obviously not the only one working hard to improving diversity & inclusion at all levels. Some of the other initiatives by UK retailers highlighted in the recent DiR paper include Asda’s campaign for a colleague-to-colleague ‘listening scheme’ in which employees shared experiences, and the John Lewis Partnership’s decision to introduce 26 weeks equal parenthood paid maternity and paternity leave and two weeks’ paid pregnancy loss leave.

Implementing measures at an internal level is important, but it is by sharing these best practices that retailers can drive change at a faster pace in a sector that is incredibly unbalanced on that front.

As DiR’s founder Tea Colaianni put it: “Together we can impact further positive change and inspire other retailers to adopt similar practices.”