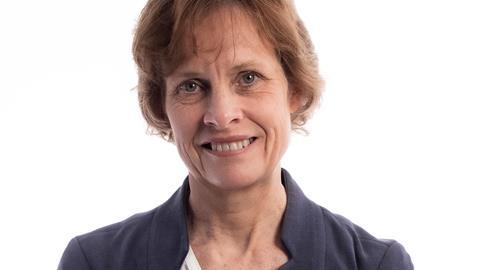 Does the appointment of the FSA’s new boss signal a new direction?

As controversy rages over the food safety implications of Boris Johnson’s trade deal with Australia, today also saw a fascinating appointment at the head of the body charged with policing that particular minefield in post-Brexit Britain.

Professor Susan Jebb, for the past eight years professor of diet and population health at Oxford University, is to take over as chair of the Food Standards Agency. The appointment raises questions not just about her role but whether we could be on the cusp of an evolved brief for the organisation.

Jebb is best known in the industry for her role in the government’s ill-fated Responsibility Deal. She chaired a coalition of food and drink companies, scientists and campaign groups, set up under Andrew Lansley in 2011 to try to head off the obesity crisis.

During her time at the helm, she had to fend off attacks from the industry, who fumed over her vocal support for measures such as the sugar tax. Meanwhile, the medical press slammed the funding that she and other scientists had received from big food companies for research. They didn’t much like her popularity with the Tory ranks, either.

Since the Deal fizzled out in 2015, leaving many of its aims unfulfilled – including attempts to voluntarily scrap junk food promotions, something now on Johnson’s agenda – Jebb has been busy conducting research, much of it on the subject of obesity.

After the outbreak of the coronavirus, she compared the dangers to smoking and urged the government to take tougher action on junk food diets.

But does her imminent arrival at the FSA, where she will start next month, signal a new role for the body itself?

Last summer, after the shock decision to scrap PHE in the midst of the pandemic, some senior sources told The Grocer they believed the FSA was in the frame to take on some, or all, of its public health role. This would include its own voluntary reformulation programme.

However, the appointment of Professor Chris Whitty in March to lead a new Office for Health Promotion appeared to scotch all that.

Industry sources and campaign groups say they have met a wall of silence from government about its plans, such has been the focus on Brexit and the pandemic.

So is the white smoke from FSA towers, as Jebb prepares to take over from interim boss Ruth Hussey, signalling it has it eyes on a landgrab?

“It’s a very interesting appointment,” says one leading source, “because Jebb is not a food safety person. Neither is her track record one of running big organisations. It’s all about public health and nutrition.

“Does this signal a move for the FSA to become a more health and nutrition-focused organisation like it was before Lansley?

“If I was being optimistic, I’d see it as a signal that [FSA CEO] Emily Miles is looking to be an imperialist and with PHE being broken up it sees a bigger role there.”

An alternative – and perhaps more likely – theory is that Jebb, with her solid scientific background, was seen as a candidate who had credibility yet was unlikely to rock the boat at such a crucial time for the future of the UK’s food policy.

Jebb said today she wanted to “ensure that the department continues to be highly effective in protecting public health and delivering its mission of ‘food we can trust’.”

Whether that means also widening the brief to food she believes will kill us by making us fat, we will have to wait and see.

“I think she is very straight,” says a source who has worked with her. “I really believe she went into the RD with a determination that progress could be made but she was worn down by the lack of progress.

“It did get very personal at times and she took an awful lot of criticism.”

Yet given the controversy over trade deals with partners like Australia and the US, Jebb may find herself stepping from one nest of vipers into another.

She will have to prove she can be a strong leader, and avoid what some claim was a tendency to shut herself off from critics when she came under fire during her time on the RD.

“The FSA is now absolutely in the hotspot when it comes to food standards and food safety and the British consumer is in danger of being fed to the wolves,” says Tim Lang, emeritus professor of food policy at City University London.

“The government has decided it wants to be a country in the mid-Pacific and has set out to make food deals with a host of countries with sub-EU food standards and the FSA is going to be right in the middle of that.”

With huge decisions to come in the next few months – including hopefully an end to the silence over the future of public health policy, publication of the National Food Strategy and no doubt other trade deals that raise more awkward food safety questions – Jebb will find herself very far from the safety of any Oxford University ivory tower.