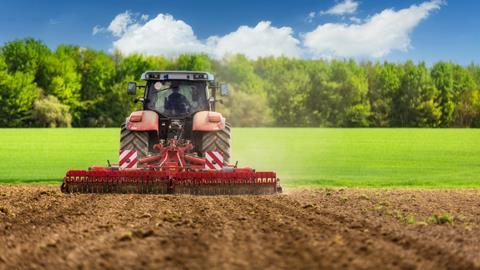 Farmers show their frustration with government at NFU Council

There are few reasons for cheer when 90-odd farmers gather in a room these days. Today’s meeting of the NFU Council in Warwickshire was no different. Pig farmers complained of losing £50 on every pig, fruit growers lamented ruthless supermarket pricing strategies, while new survey results revealed 7% of dairy farmers plan to leave the industry within two years. Sugar farmers felt a rare moment of joy with news of a 50% price hike on their beet.

“The biggest problem we’ve got is lack of confidence,” said David Brookes, a Staffordshire dairy farmer. “What we’re not getting is clear signals from processors, retailers, government… and it’s sapping the confidence to meet the productivity demands we need as we face this uncertain world.”

The long-awaited government response to Henry Dimbleby’s National Food Strategy was perhaps the obvious place where many hoped to see such confidence-building measures. It was meant to set out a roadmap for a more prosperous agri-food sector that delivers healthier, more affordable diets for all people regardless of circumstance. Since its release, it has been pilloried in almost all quarters.

And yet many farmers cautiously welcomed it. In an apparent lobbying win for the NFU, the paper abandoned previous pledges on rewilding, recognised the role of domestic food production in “national resilience” and reiterated commitments on maintaining food standards.

Given farmers’ struggles to often make themselves heard in Westminster circles, several of today’s attendees said this alone should be counted as a significant win.

But dig much deeper and the confidence starts to erode. While farmers may welcome the commitments on food security, the white paper makes no mention of more funding. So any promises on food production may struggle to become anything more than that.

And it’s not just money either, but detail. This month, Defra updated its guidance on one of the post-Brexit subsidy schemes – the Sustainable Farming Incentive – aimed at incentivising farmers to produce food in an environmentally sustainable way.

There are some welcome measures, such as the decision to axe the ceiling on the total amount of money available. But farmers warn the money available per hectare of land mean many will still struggle to break even.

That means many farmers won’t even bother to sign up, one senior farmer warns. “That’ll be a bad thing for farming reputationally – because these guys will be farming like there’s no tomorrow – and bad for the environment. People will walk away from environmental stewardship as the scheme is so poorly designed. They’ll farm to the edge of the field.”

Time and again today, NFU members lamented the lack of farming knowledge in Westminster. Minette Batters, the NFU president who surely spends more time with MPs than any other farmer, said she had been “really horrified many times at the lack of knowledge, the lack of understanding”.

The problem is not just one of knowledge, she argued, but consistency. “We live in a world sandwiched between Lord [David] Frost on one side and Lord [Zac] Goldsmith on the other. And we are working with a schizophrenic government.”

That is, you’d have to say, a government that doesn’t always always prioritise food as much as it could. The UK is widely acknowledged to have traded away food for services in its Australia trade deal. And, as Batters points out, the food strategy was foreworded by Defra secretary George Eustice – unlike the energy strategy, which was foreworded by Prime Minister Boris Johnson.

It’s not exactly the brighter future envisaged by farmers who voted for Brexit.  “A lot of our members who rightly or wrongly voted for Brexit, they were wanting to see a reduction in regulation,” says Richard Betten, a Teesdale tenant farmer, who argued the opposite is in fact the case. ”We’ve seen a proliferation of different little bits and pieces which on their own is not too great, but when you add them up, is putting a huge burden on the industry.”

Batters picked up on the Brexit theme to conclude. “Taking back control means understanding actually what you are controlling. And right now, that’s the bit that’s missing.”