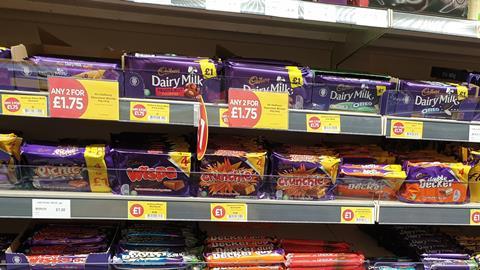 One or two strange things have emerged from Downing Street following consultations with Boris Johnson’s close advisers – and we’re not just talking about Dominic Cummings.

For the food industry, one of the biggest bolts from the blue came in July. Fresh from his Covid-inspired conversion to fighting obesity, the PM announced his strategy to tackle the issue – which mooted a blanket ban on food high in fat, sugar, or salt being advertised online.

While plans for a crackdown on more traditional TV ads, with a 9pm watershed, have been stuck in the pipeline for years, this was something new entirely.

Earlier this month, the government launched a six-week consultation into the plans. Considering some of its consultations have lasted longer than entire governments, this is pretty snappy, especially at a time when the industry is in the thick of coronavirus, Christmas and Brexit.

This week a who’s who of the UK’s biggest food manufacturers wrote to the PM urging him to send the plans the same way as Cummings.

As such, they threatened to withdraw co-operation from consultations over the obesity plans unless the government agreed to give them more time and sit down, after the crisis has lifted, to discuss alternatives.

It’s a risky strategy and not the first time the industry has tried it. In February last year, a similar approach was used as the UK seemingly sailed towards the abyss of a no deal, while the government continued to bombard the industry with consultations on everything from obesity to DRS.

At the time, former Defra chief Michael Gove partially caved in, allowing some of the consultations to drift. The threat of a no deal, at least that time around, was lifted.

But it might be harder for the industry to win the standoff this time. There is no doubt substantial public support for Johnson’s crackdown on HFSS ads and, as Barbara Crowther, co-ordinator of the Children’s Food Campaign, puts it: “We’re astonished brands like Haribo and Cadbury claim to have been ‘feeding the nation’ during the pandemic.”

Certain sectors, such as chocolate and sweet confectionery, find themelves on particularly dodgy ground considering the results of PHE’s sugar reduction programme, which only last month revealed they had made little, or in some cases no, progress towards reducing sugar levels since 2025.

However, that doesn’t mean there aren’t valid arguments to criticise the government’s shock plans and to investigate an alternative to what it dubiously bills as a plan to protect children from long-term harm from obesity.

A draconian ban on all online advertising across every HFSS product is going to not just cause vast economic damage. It will also catch in its net a whole host of products that are not, and have never been, aimed at or consumed by kids.

Hammering online with a ban far more sweeping than that on TV advertising also threatens the viability of startups and smaller companies who could never afford the big bucks, pre- or post-watershed, but have been carving out their businesses online.

And it won’t just be the real ‘junk food’ products that suffer. Companies that have reformulated lines and introduced healthier ranges will find they have no way to promote them thanks to the controversial definition of HFSS, which includes things like reduced sugar chocolate.

That’s why it is important that the industry fights these proposals based on the evidence – not just complaining everyone is too busy.