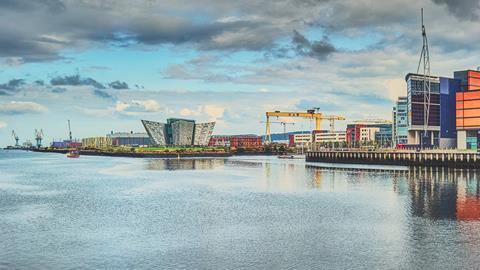 Forget toys and turkey this Christmas, another Brexit deal could be on its way

Supply shortages may mean there are fewer toys under the tree this year but, fear not, another Christmas Eve Brexit deal looks more likely than ever.

Who’d have thunk it, but last year’s Brexit deal that Boris Johnson branded “glad tidings of great joy” has turned out to be rather troublesome, and the UK and the EU are now heading for another month of discussions to try and resolve the never-ending post-Brexit trade dispute in Northern Ireland.

It comes after the EU put forward a series of proposals last night to dramatically cut the checks and paperwork troubling businesses of all shapes and sizes moving goods from Great Britain to Northern Ireland. The change would see customs paperwork cut by half and physical inspections reduced by 80%, according to the EU.

The proposals contain many of the exact requests put forward by Northern Irish business groups: a simplification of SPS controls, a relaxation of the ban on chilled meats, and an expansion of the scheme to waive customs duties and controls on “goods not at risk” of entering Ireland.

It has therefore left business leaders reasonably positive – a feeling only helped by new proposals to give them a more active role in the ongoing talks between the UK and the EU over the protocol’s implementation.

Still, the lack of hard details in the proposals has raised some questions. Raoul Ruparel, Theresa May’s former special adviser on Europe, called it a “mixed bag” on Twitter, stating the customs proposals were “vague”, though he took a more positive stance on SPS.

The lack of detail is in some ways unsurprising. The proposals are intended as a jumping off point for discussion with the final details to be negotiated by both sides, not a final implementation plan.

So all parties will now be looking to Downing Street for its response. There are still major discrepancies between the two sides on the role of the EU Court of Justice in Northern Ireland, state aid, and the movement of pets between Great Britain and Northern Ireland. The EU addressed none of these in its proposals.

It could mean a tense few weeks for those haunted by spending last Christmas Day flicking through the 1,246 pages of the UK-EU trade deal. Britain is already facing Christmas with no turkey, no pigs in blankets and no power. Another last-minute Brexit deal could really spoil the festivities.