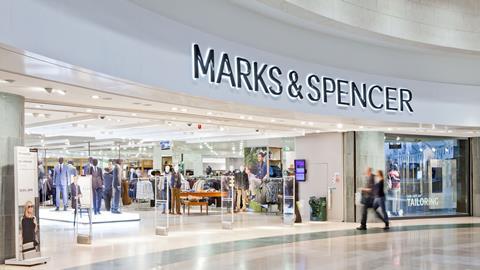 Marks & Spencer published its annual report today, and with it some phrases that are beginning to become familiar from the retailer’s bosses.

The world will “never be the same again”, says CEO Steve Rowe in the report, a phrase he also used announcing M&S’s annual results in May. While some customer habits will return to normal, “others have changed forever,” he adds today.

As well as revealing the sad loss of two M&S colleagues to the virus, and that others are in hospital, chairman Archie Norman also talks in the report about lasting change. The way customers “live and shop has changed beyond recognition and these behaviours will not fully revert any time soon” he says.

“This is why we have drawn up our ‘Never the Same Again’ programme to harness our new habits and use the lessons of this crisis to make what feels like three years progress in one,” he adds.

But what is it that for M&S will never be the same again?

The coroanvirus crisis has seen “changes to the shape of the high street brought forward,” says Rowe in the report.

M&S has been retreating from the high street with store closures since 2016. During lockdown, those that remain took a hit from the dramatic drop in footfall. Along with travel hub sites, they had blunted food sales growth in the prior three weeks.

“I think we’re already on that trajectory [away from high streets] and the changes to shopping behaviour will probably emphasise and accelerate that a bit more,” Rowe told The Grocer at the results.

If you want to find M&S on a high street in the future, the chances seem to be growing that it will be a concession, such as those launched in some WH Smith stores last year.

The pandemic has been a tectonic force in property and the landscape is changing. Turnover-linked leases are being agreed, along with ‘Covid-19’ clauses that would see tenants get a rent break in the event of another lockdown. Leases are getting shorter, and payments are moving from quarterly to monthly.

We can be sure that M&S is at the sharp end of the talks leading to such change. When Rowe last used the “world will never be the same again” line at the results, leases were one of the things to which he was directly referring. Rents were too high and “onerous” leases were being renegotiated, he said.

If an acceptable outcome could not be found, M&S would walk away from properties. When you’re reshaping your estate anyway, you can do that.

Travel sites, along with the closure of in-store cafés, were blamed most directly in M&S’s results for three weeks of blunted food sales growth.

“The Food business experienced strong trading in standalone Simply Food stores – particularly those with car parking – but this was offset by the closure of cafés and the stores located in travel hubs,” today’s report says.

It’s clear that M&S sees its bricks & mortar future in retail parks, where those parking spaces can be found.

But Rowe also hints in the report at what are perhaps benefits of remote working within the business, which he sees as advantageous to retain. “Most importantly working habits have been transformed and we have discovered we can work in a faster, leaner, more effective way,” he says.

“I am determined to act now to capture this and deliver a renewed, more agile business in a world that will never be the same again.”

“The trend towards digital has been accelerated,” Rowe says in the report, immediately after noting that some habits have changed permanently.

All the supermarkets that already sold groceries online have dramatically ramped up their capacity during lockdown, and yet still struggle to meet demand. Some of those that weren’t, such as Aldi and M&S itself, have taken the plunge with Deliveroo trials.

Analyst Bernstein’s view is: “E-commerce is going through a global mass trial. All food retail CEOs that have commented publicly seem to agree that higher grocery e-commerce penetration is here to stay globally.”

Kantar data for the 12 weeks to 17 May shows online now accounts for 11.5% of all grocery sales, having gained more shoppers in 2020 than in the previous five years.

It’s highly likely some of those shoppers are new to online. That not only increases the market size, but brings those shoppers for the first time into an arena where pureplay Ocado – the home of M&S’s range from September – can more easily poach them from under Tesco and Sainsbury’s noses.

“Never the same again” was accused of being a depressing corporate slogan when M&S first came out with it in April, but as time goes on it’s making more and more sense.