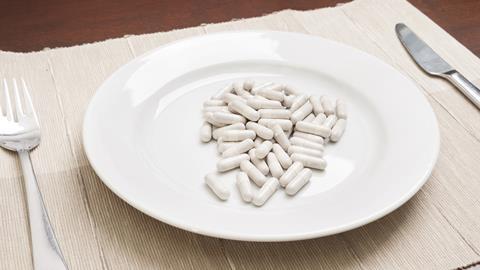 A war is coming. It will be fought on the streets of Britain.

Surprisingly, I’m not talking about Brexit. Physical battle over the UK’s place in or out of Europe probably won’t be joined until around Christmas, what with that newly agreed six-month extension.

No, the imminent confrontation to which I refer will be bloodless and reasonable, and it will take place in food and drink – specifically, the ‘smart food’ market. You know, those ‘complete meal’ brands like the UK’s Huel, which launched four years ago, and Soylent, which will next week land in WH Smith from the US.

The newest warrior in the ring is Feed from France. It’s two years old and already turning over about €10m (£8.6m), having expanded to more than 50 SKUs and five countries – with the help of around €20m of outside investment.

Those are some eye-catching numbers, for sure. But the most salient illustration of Feed’s early success is probably the fact it has caught on in its homeland, where a lunch break is commonly “two or three hours” according to the brand’s export manager Sébastien Herriau. French workers, he says, don’t typically require on-the-go nutrition from a snack bar or RTD shake.

Brits, on the other hand, frequently spend just a few minutes on their midday meal. It’s why we’re residents of Europe’s biggest market for smart food: it suits our daily habits.

And that’s why Feed has made the UK “a major priority” for this year, launching its D2C service last week and preparing to roll out to retail in the summer. “The next battle in smart food will be in the UK,” Herriau predicts.

That’s brilliant news for a number of reasons. For one, we get to watch as a fascinating, futuristic and convenient category grows and evolves.

For another, it’s an opportunity for new and existing players in a market that is attracting a lot of interest from investors. In October, for example, Huel secured £20m in venture capital funding to aid its expansion in the US and Europe. And the fact overseas brands are eyeing the UK so sharply regardless of Brexit is surely a vote of confidence in our grocery industry.

But it’s not all good news – the view that Brits are the ideal shoppers of time-saving future food suggests we’re all living a little too fast.