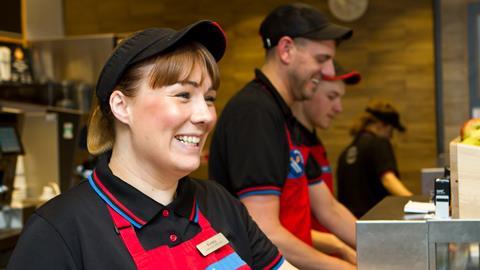 Furlough scheme extension only delays day of reckoning for jobs

Businesses and millions of workers could breathe a sigh of relief yesterday that the government did not – as had been feared – cut the strings of support for furloughed workers. But this temporary respite only pushes back the day of reckoning on jobs.

Chancellor Rishi Sunak extended the scheme until October, saying he would continue to pay 80% of furloughed staff’s wages until August.

The crucial caveat to the widely welcomed statement is what happens in August when the government asks businesses to “start sharing” the cost of the scheme.

The scheme is currently costing the government a whopping £14bn a month, with almost a million businesses signed up, supporting 7.5 millon workers.

Sunak hopes to reduce this burden over the summer, partly by a natural process as businesses re-open and need their employees again, but partly by asking companies to start footing some of the bill for those still on furlough.

The exact plans are yet to be determined, but involve employers being able to bring furloughed employees back part-time while continuing to be supported by the government. Potentially, overall government payments will drop from 80% of wages (up to a maximum of £2,500) to 60% of the cost, with business topping up the shortfall.

This gradual shift of the burden back on to business is going to be the acid test for the state of the jobs market and economy.

Employers will only pay a portion of these wages to employees if they fully expect these jobs to come back. Otherwise it is money they will see no return on – and, however much they value their employees, under-pressure businesses cannot pay out for jobs that will cease to exist.

The government released tentative plans this week for the reopening of society, but at this stage we have little visibility on what the world will look like on 1 August.

Under the final phase of its three-step plan to ease lockdown restrictions, “at least some” pubs, restaurants and food-to-go outlets will be re-opened. But that is entirely dependent on the spread of coronavirus. And, even if these outlets are allowed to re-open, questions remain over the level of capacity under which they can operate and the proportion that will see re-opening as financially viable.

At the moment, the furlough scheme helps employers avoid coming to definitive answers on these questions.

Although a large proportion of the food and drink industry have continued to work towards feeding the nation through this lockdown period, the furlough scheme has been a lifeline for foodservice suppliers and wholesalers, as well as restaurants, pubs, cafés and other non-food retailers who would otherwise simply be unable to continue trading.

But as soon as companies increase their contribution to furloughed staff, crucial long-term decisions about the future of these businesses have to be made. It seems inevitable it will lead to huge numbers of job losses.

What is more, the moment of reckoning may arrive a lot sooner than some expect.

Under employment law, companies looking to make more than 100 jobs redundant have to run a 45-day consultation – which means that employers with these sorts of numbers on furlough will need to be making decisions about their future in mid-June, ahead of the 1 August date for scaling back government support.

The UK has avoided the kind of catastrophic unemployment increases seen in the US because of this furlough scheme, but there is little reason to think UK businesses have not experienced the same kind of collapse in demand for workers that has been seen on the other side of the Atlantic.

The inevitable scaling back of state support will lead to huge numbers of people out of work – but if the timing is right then the devastating impact can at least be mitigated to an extent.

It is clear the timing was absolutely not right to cut off support this week, much to the relief of businesses and – more importantly – workers relying on that money to pay their bills and buy food.

To scale back the scheme by 1 August, the economy will have to be materially re-opening to a significant extent. And that will again come down to the spread of this wretched virus and whether it can be contained, rather than anything in Sunak’s control.

“I am simply not going to give up on all these people,” Sunak said this week. And he hasn’t. But ultimately he has kicked the can down the road and he’ll soon find himself catching back up to it.