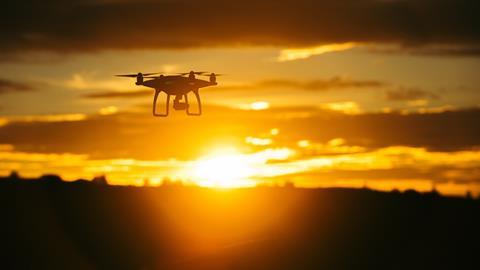 Gimmick or not, Tesco’s drone trial shows supermarkets are looking to get delivery right

It was somehow fitting in these warlike days of lockdown to see outgoing Tesco boss Dave Lewis paint a picture of food supplies from supermarkets being airdropped from the sky.

With fears of a second Covid spike rising – not to mention the renewed spectre of food shortages from Brexit – it looks as if supermarkets will continue to have to find new ways to make the last mile in online delivery.

Tesco’s plans to start testing drones to do the job is one of the most eye-catching yet – though whether it proves to be a mere headline-grabber, or a key weapon in its battle for supremacy of the online skies, remains to be seen.

Tesco is not the first supermarket to plan drone deliveries. Way back in 2013, Amazon revealed its Prime Air service, which would see shopping deliveries carried out by unmanned flying machines.

This month that finally got close to getting off the ground, with officials in the US giving the go-ahead for Prime Air to sprout wings. Meanwhile, drone technology is also being tested by Walmart in the States.

Tesco’s move has yet to get approval from Ireland’s airspace authorities, while technology partner Manna’s trials with university orders have been limited to takeaways within a flying radius of two kilometres of its HQ in Moneygall. This hasn’t dented Lewis’s enthusiasm, though.

Something about drones brings out the sci-fi nerd in us all (apart from delivery drivers, that is), and Lewis rocked a suitably IT Crowd-casual look as he outlined the plans at an online unveiling of its Tesco ‘Red Door’ project yesterday.

It was part of an appeal by Tesco for innovative companies across the world to co-partner it with new plans that will help it keep up with the Joneses (or the Amazons) of this world. The project has already established groups in tech hotspots such as London, San Francisco and Israel.

But it was West Bromwich that was home to a potentially much more game-changing development, revealed by Lewis yesterday – which shows how success in online is not just about chasing the glamorous, but the practical.

That was the location for the opening recently of the first of a planned network of 25 urban fulfilment centres, cleverly using excess space in Tesco stores. The space will be used to help feed the huge increase in demand for online deliveries and make Tesco much more fleet of foot than were it to rely only on in-store picking and expensive dark stores.

Three more UFCs are due to open by the end of the financial year, despite the project having been held up by the pandemic.

In stores taking part, it means customers will be able to look on as robots and humans work together to pick orders. But of course it’s not the theatre – rather the chance to massively scale up its online operations without major new capex – that appeals to Tesco.

Indeed, all the supermarkets are looking at how their models change to cope with the new norm.

Today, Morrisons boss David Potts confirmed it planned to open five more ‘dark kitchens’ by the end of the financial year. It will tack these on to existing stores to create food for last-mile delivery companies such as Deliveroo.

Morrisons has already launched these services as part of its new market kitchen food-to-go operation, launched last year in Canning Town and last month in Manchester.

Yet, like Tesco, Morrisons knows there is far more to the online boom than online delivery apps. This is why alongside such developments it is also building up its food box businesses, including some specifically aimed at pensioners shielding from Covid, who simply pick up a phone and get a box of supplies delivered to their door.

It doesn’t get much more old-fashioned that that and in the long run, it doesn’t really matter if the food arrives by food box in a van, or is parachuted into the garden by a 50mph drone. It will be the services that are fast, reliable and good value for money that become tomorrow’s mainstays rather than yesterday’s gimmicks.