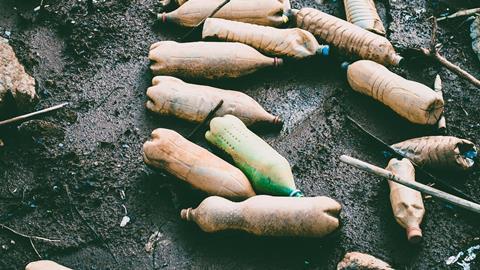 Gove commits to DRS, but the arguments are far from over

’How late it was, how late.’ No, we’re not talking about the UK government’s consultation on DRS. This was the title of Michael Gove’s speech yesterday, as he appealed to save the planet (and possibly his place in a Boris Johnson cabinet).

The title was a reference to a book by the Scottish writer James Kelman. It would surely strain even that novelist’s imagination to picture Johnson and Gove re-united in an attempt to save the Tory party, let alone the planet, but the Defra boss certainly doesn’t look like a man who wants to skulk off to the sidelines just yet.

Yesterday’s marathon speech at Kew Gardens not only took a leaf out of David Attenborough’s book in warning that time was running out to stop climate change, but also gave the biggest confirmation yet of the tools the government plans to use to try to turn back the clock.

Among them are plans for a bottle deposit return scheme. Even though Defra has yet to officially respond to a consultation on the proposals, Gove yesterday nailed his colours to the mast of an ‘all in’ system, including all sizes of bottles, and glass as well as plastic.

This is a major victory for campaigners who have been worried Defra would water down its plans for DRS and back alternative proposals for an ‘on the go’ system, backed by the likes of the BRC.

The writing was on the wall for that option when the Scottish government confirmed in May it planned to press ahead with an ‘all in’ system, which – if Nicola Sturgeon has her way – will be up and running in 2021.

The likes of the BSDA and the FDF have argued that were the UK government to proceed with a different solution, it would be a recipe for chaos.

Yet Gove’s pronouncement does not mean it is the end of the fight between the government and industry on DRS. A key battleground is whether or not glass should be included alongside plastic.

The BRC warns the addition of glass to DRS, as well as submitting certain members of the public to a weekly walk of shame to the shops, will represent the death knell for local collection services and add a whopping £600m a year to the cost of bringing in DRS for retailers.

Today the ACS raised the prospect of chaos at c-stores, with shopkeepers struggling to take back containers across their tills, in scenes far from the smooth system projected by the droves of delighted DRS manufacturers and ministers.

But perhaps an even more crucial problem for Gove, apart from how on earth he catches up with the Scots plans, is the issue of cost.

The SNP has proposed a flat 20p fee for all bottles in its scheme, but if Gove follows suit, as he appears to be doing on other elements of the plans, he faces opposition from both campaigners and industry groups.

“One of the main levers for the DRS system is going to be price,” says one source. “It simply doesn’t make sense for the government to come up with an arbitrary figure of 20p. Surely they need to be able to flex it. Having a 20p flat rate appears very ill advised.”

While a flat rate may be easier for shopper to get their heads around, it’s easy to see why the likes of soft drinks manufacturers might baulk at the thought of a 330ml can being charged at the same rate as a two-litre bottle of the stuff. Campaigners also argue that it may drive people towards buying bigger bottles, containing not only more plastic but also, potentially, more sugar.

So while the direction of travel appears clearer after Gove’s address, there remain plenty of questions over how DRS is to work, regardless of whether or not he is the man in charge.