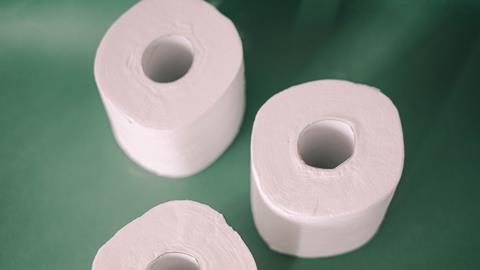 Governments warning supermarkets to stockpile? Pull the other one

You would have thought there was enough hard news around at the moment to avoid the usual Christmas silly season nonsense.

But the Sunday Times front page yesterday, suggesting ministers had “warned supermarkets to stockpile food” might just be the most far-fetched headline of the year.

It’s not so much the notion that ministers might be starting to panic about the impact of food shortages, with the chances of a post-Brexit trade deal dangling by a thread. It’s the suggestion that supermarket bosses would rely in any shape or form on the advice of the government’s finest to dictate their contingency measures that is, in the perfectly chosen words of one supermarket source, “absolute b******s”.

The fact is all supermarkets have been stockpiling as much as they have been reasonably able to, as we head for yet another dalliance with the cliff edge. So too have suppliers, where it is possible to do so.

As The Grocer reported on Friday, small suppliers are far less prepared. This is partly because so many SMEs lack the scale and resources to prepare, and partly because ministers have disregarded the impact of their brinkmanship on the industry feeding its people.

Ultimately, there is only so much the industry can do given by far the biggest impact of Brexit will be on fresh products, such as salad, veg and fruit. Depending on the length and pervasiveness of the disruption, however, short shelf-life ingredients of all kinds, including meat and fish and dairy products could all be impacted, and affect processed food manufacturers as much as shoppers.

Meanwhile, just as they did before previous Brexit deadlines came and went, retailers have been maximising warehouse supplies of longer-life products to try to minimise risks of disruption in January. This has been difficult given we are deep into the already testing Christmas period, as Tesco chairman John Allan spoke about last week.

The fact that he was accused of “grossly irresponsible scaremongering” in certain quarters of the media shows why the Sunday Times article has caused such consternation in the food industry, particularly among retailers determined to prevent the sort of panic-buying that threatened supply chains back in March.

Whether another round of panic-buying will hit the UK has been one of the big questions on people’s lips for many weeks now. There can be no doubt the next few weeks will again test the industry’s capacity to cope with demand and, in some cases, irrational buying behaviour.

But there are reasons to be confident things will be different from those dark days in March.

Perhaps the biggest is that in the days after the pandemic struck, the public simply didn’t know whether food retailers would remain open, as they have done throughout, or whether the food supply chain would keep running, which it has done despite the impact of the pandemic.

Retailers, in particular, have learnt a huge amount from experience about how to deal with demand threatening to spiral out of control.

For weeks now, many have brought back restrictions (using ‘fair purchase policies’) on certain items that were stripped from the shelves back in March – and there are practices in place for that to be quickly expanded if necessary.

Supermarkets have also overseen a step-change in security measures to control crowds ahead of the Christmas rush. Asda was today the latest to reveal measures, including a national rollout of its ground-breaking virtual queueing app, to all 420 of its larger superstores.

The idea of virtual queues would have been seen as science fiction by many prior to March but, along with Perspex screens, in-store navigation, antibacterial technology and a host of other solutions, they look as if they will become an everyday reality.

With fewer than 12 days to go in the strangest Christmas most can remember, there is no doubt retailers will face one of the most challenging festive seasons ever, with Tier 3 restrictions amid alarming surges in Covid cases now extended to London, and the uncertainty over Brexit supplying the perfect ingredients for disruption.

The last thing they need is phoney headlines stirring the pot.