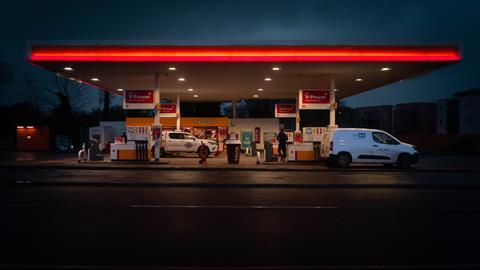 Grocery must wake up to plight of night workers

If the dark winter evenings are getting you down, spare a thought for the millions of people in the UK working through the cold nights.

Late shifts are a slog. Being out of kilter with the rest of the working world is a social nightmare and can be a strain on family life. Recent research by Co-op found night shift workers were twice as likely to miss out on key family events than their diurnal counterparts.

Worse still, night work is bad for your health. Seriously bad. Chiefly because of the disruption it causes to sleep patterns. It’s not easy catching up on hours in bed during the day – especially now neighbours and housemates are working from home. It’s nigh-on impossible to counter natural circadian rhythms, meaning that one in three late shifters are getting fewer than five hours sleep a day, the Co-op research found.

That lack of quality sleep has been linked to a heightened risk of developing heart disease, diabetes, cancer, gastrointestinal disorders, obesity and depression. Some scientists – including those from the World Health Organization – have concluded disruption of normal sleep routines is “probably carcinogenic to humans”.

But night workers are crucial in grocery’s effort to feed the nation. This has long been the case but even more so during the pandemic. Replenishment has moved in many cases to closing hours, to avoid store staff crowding shoppers and maintain social distancing in the aisles. The demand for online delivery slots has seen supermarkets offer ever-earlier and later arrival times.

The pandemic has resulted in even more night-time workers, and there are now some seven million of them, according to analysis of latest ONS data.

So what can be done to help them?

Night Club is a great start. The programme – from The Wellcome Trust and Liminal Space – was piloted by Co-op last year and has now been rolled out to its 8,000-strong logistics workforce. Morrisons and John Lewis are also backing the initiative.

There’s a solid science angle to the work, with Oxford University researchers involved in finding solutions to the issues. There’s practical advice for employers in fulfilling their duty of care, from more nutritionally stocked vending machines to avoiding contact and training days during daylight hours.

But probably its most important aim is to wake people up to the plight of night workers.

Surveys by Night Club found late shift workers feel forgotten. More than half ‘felt invisible’. They were 75% more likely than day workers to say they feel left out at work, and 48% more likely to say their managers think their work is easier than it is.

Everyone in grocery should be getting more appreciation from both employers and consumers for the work they are doing through the Covid crisis. That appreciation shouldn’t be limited to daylight hours.