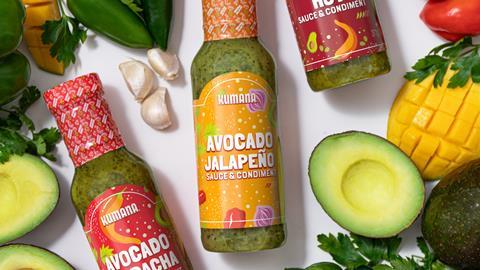 You’d be hard-pressed to find a more famous food brand slogan than Beanz Meanz Heinz. But the baked bean magnate’s recent activities suggest it is keen to show shoppers it can do more than just Beanz.

Take Kumana, a range of Venezuelan-inspired, avocado-based hot sauces that Heinz has big plans for in the UK, as The Grocer revealed this week. What’s interesting about this launch is that it is being spearheaded by Heinz’s New Ventures division, which is run completely separately to the business’ core product development team.

This massively speeds up the development process from conception to launch. As Kraft Heinz president for northern Europe Jojo de Noronha told The Grocer in February: “If you look at our core business, our time to market from ideation is traditionally about two years. Now we are launching things in less than six months.”

Outsourcing the manufacturing and co-packing process is a canny move. It removes the need to invest in new machines or overhaul existing infrastructure, which, for a business the size of Heinz, can be tremendously expensive and inconvenient. It also means giants like Heinz can take a chance on launching more niche or experimental products.

Like a drink to aid menstrual health, for example. In June The Grocer revealed Heinz was developing a cocoa-based drink, called Period, which was “designed to support you and your body during the hormonal cycle”.

Also developed by Heinz’s New Ventures division, it was the first NPD that had been tested using “social listening tools to gauge interest within specific target communities”, Heinz said at the time.

Whether shoppers are ready to embrace a drink that breaks taboos around menstruation remains to be seen – Period is still in development – but the gambit reflects a seismic shift in Heinz’s approach to innovation.

Historically, the company has moved slowly and cautiously, but now it’s ripping up its own rulebook and eyeing formats far beyond its famed tins and table sauces. And it simply would not be able to do this without outsourcing.

Avocado hot sauces and period drinks don’t look to be the end of this. Because Heinz has applied to register a slew of trademarks for potential launches with the Intellectual Property Office over recent months. There’s ‘VBQ’, which looks set to be a plant-based barbecue range of alt-meats and sauces, and ‘The Fermentologist’, which has been registered under class 29 accounting for pickled and preserved vegetables and milk products – suggesting Heinz is looking to capitalise on the gut health trend.

These are growing sectors of fmcg, but still niche in the grand scheme of things. It’s not clear whether Heinz will outsource production of these products if or when they see the light of day, but there are certainly expert manufacturers in the market they could draw on to make sure they hit their target.