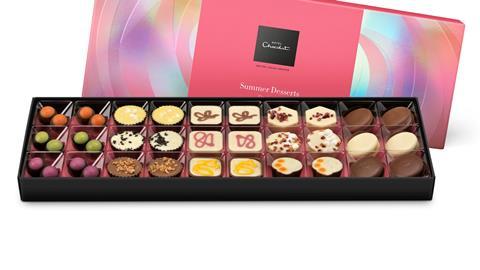 Hotel Chocolat made chocolate subscriptions work. So why not supermarkets?

Let’s face it: Hotel Chocolat didn’t initially seem like a recipe for success. The flavours were a little weird and wonderful (or for some, just plain weird). It started out as primarily DTC, at a time when online shopping was in its infancy. And the concept of a chocolate subscription felt slightly ambitious – the kind of thing that would only appeal to the most dedicated of chocoholics.

Yet it’s exactly those factors that have made it a standout success today. Its latest full-year results, announced yesterday, show a 21% rise in global revenue to £165m. The UK customer base has grown 66 per cent to 3 million in the past 18 months. CEO Angus Thirlwell says the business is in the strongest shape ever, despite the challenges of Covid.

The experimental flavours – carrot cake, Eton mess and peanut butter & jelly, to name but a few – have helped it to stand out from more traditional rivals. More importantly, its roots as a DTC business have proven a critical advantage during the pandemic.

Hotel Chocolat says digital and subscription sales are now a “substantially larger proportion” of its total revenue, set to make up more than half of total sales this year. That proportion may yet grow further. Tellingly, Thirlwell sees the rise in digital sales as a sign of “how Hotel Chocolat is growing and evolving”.

That’s not to say stores are taking a back seat. Hotel Chocolat says its digital side will work “in harmony with a network of brand-building stores”, which have made an “encouraging” recovery since opening their doors again on 12 April.

But there’s no doubt that Covid-19 has ramped up the strategic importance of online. In an interview with The Grocer in 2018, Thirlwell was talking enthusiastically about store expansion, particularly its ‘café plus shop’ formats. Now, it seems clear the company sees online as an equally effective – if not more effective – way of growing sales. The primary function of stores will be their “unrivalled ability” to attract new customers, who are likely to go on to spend online.

Covid-19 has also led to a reassessment of what its physical footprint should look like. In that same 2018 interview, Thirlwell ruled out going into supermarkets for fear of “being wedged next to the baked beans”. Yet in April, the brand made its debut in the supermarket aisles as part of a partnership with Waitrose (albeit in tasteful displays, rather than being crammed next to a tin of Heinz).

Hotel Chocolat will have to be careful to avoid falling into the same trap as Thorntons, which paved the way for its own downfall by becoming widely available in the supermarkets. But the business is clearly aware of the dangers of becoming commoditised – and an exclusive Waitrose deal, with carefully controlled merchandising, may just hit the right tone.

Plus, if Hotel Chocolat has proved anything, it’s that sometimes the most unlikely ideas can prove the most successful.