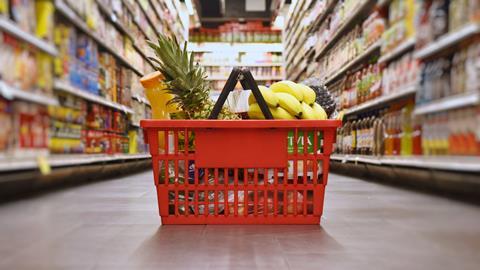 As hospitality reopens its doors, talk is turning to economic recovery from the pandemic. For now, that recovery is looking uncertain. More than a year of sudden closures, varying restrictions and safety measures is bound to have a lasting impact on consumer spending. And even the reopening timetable could be subject to change, as the Indian variant prompts fresh public health concerns.

But a new IGD report suggests there are grounds for optimism amid the uncertainty, as a number of shoppers find themselves with more cash than ever.

So what will recovery look like? And how will that impact on food and drink consumption habits? Here are IGD’s key takeaways on the Covid recovery phase.

Average earnings are returning to growth

The onset of the pandemic had an immediate impact on the job market, as millions were furloughed and faced job insecurity. One year on, there are more positive signs emerging, says IGD, which points to earnings data from the Office of National Statistics (ONS). “Average earnings are growing. And actually growing quite fast,” says IGD’s chief economist James Walton.

That move into growth was first seen at the end of 2020, and has since gathered pace. In March, ONS data found average weekly earnings grew at a rate of 4.1%. “We have to consider with a certain amount of caution because the sample which only focuses on people who are actually working,” admits Walton. “Therefore, a lot of the people who have been most badly affected by Covid – who work in cafés, restaurants or pubs – have actually dropped out.”

Still, even when taking into account the sample and factors such as inflation, there is growth to be seen. The ONS put the estimated real wage growth at 0.4% in March – which bodes well for consumer willingness to spend.

The UK has more savings than ever

Here’s another positive stat: UK consumers have “anything north of £125bn” in savings, says Walton. That’s a rare state of affairs. “In the UK, we tend to spend all our earnings and save very little, so this pile of money unspent is actually quite unusual,” he says. “So the question that food businesses will be thinking about is: how do we unlock the savings and get a share of it?”

Part of that will come down to consumer confidence, says Naomi Kissman, IGD’s strategy and corporate affairs director. “At what point do people feel confident enough to dip into that savings pile?” she points out.

Currently, the signs are encouraging. The IGD Shopper Confidence Index found that confidence stood at –1 in April, representing a five-year high. But Kissman cautions that the recovery in confidence is “fragile”.

Recovery will be ‘K-shaped’

That fragile state of affairs isn’t just down to uncertainty over Covid infections and the economy reopening. There is also a dichotomy emerging among UK shoppers. On one side, there are those who have held onto their jobs and accrued savings. On the other, those who have lost their income and are struggling to make ends meet.

That’s why IGD, and many economists, expect the recovery to be ‘K-shaped’. “I think what we’re envisaging is you’re going to see an increasingly diverging shopper base,” says Kissman. While some will be willing to splash out, others will feel quite the opposite.

For those at the extreme ends of the market – the discounters versus Waitrose, for example – the situation could potentially prove advantageous. But the big four will have a harder time trying to please everyone. Walton says they will need to use data to inform their response. “I think what they will do is to change their ranging and offer on a site by site basis,” he forecasts.

Consumers will accept a rise in food prices

Against this backdrop, it’s perhaps a bad time for inflation to creep back into food prices. But IGD believes it is inevitable, as the industry struggles to stem the tide of increasing cost pressures. That will put an end to a lengthy period of deflation, which saw food and drink costs down 1.4% year on year in March.

“There are so many different inflationary pressures around at the moment,” points out Kissman. “I think everybody will be doing everything they can to resist passing through costs, but it’s inevitable.”

Considering UK shoppers are so price-driven, it’s something the retailers will undoubtedly look to minimise as much as possible. Kissman believes there will be “some level of” swallowing costs – and the mults will continue to take an aggressive position on price by comparing themselves with the discounters.

But it’s also interesting to note shopper perceptions on price. IGD’s research found a sizeable number of shoppers believed food prices had increased in recent months, despite the persistent deflation. And three in four expect prices to rise in the next 12 months. Which suggests that even if shoppers don’t want to pay more for their groceries, they won’t be surprised when they do.