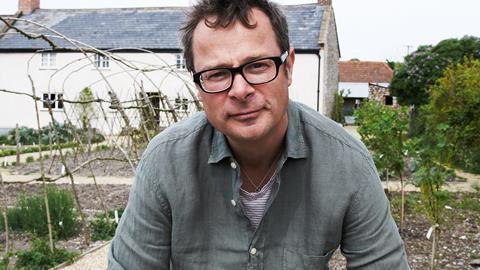 It was more than a month ago that Malaysia’s climate change minister put her foot down on the country becoming a de facto dumping ground for the world’s trash. And many months longer that the importing (or smuggling) into the country of shipping containers full of plastic waste had become a serious concern.

In fact, the issue has been escalating since early last year, when China – which had previously processed around half of the world’s waste – banned 24 core types from arriving on its shores. As a result countries, including the UK, scrambled for an alternative, at the expense of south east Asian countries such as Vietnam and Malaysia.

But though this story has been rumbling on for more than a year, it wasn’t until last week that the British public finally sat up, took notice and expressed outrage. Why? Three words. Hugh Fearnley-Whittingstall.

Last week the BBC trailed the chef’s latest campaigning series War on Plastic, set to begin on 10 June. And in among the brief clips shared were shots of Hugh wading through bags of British recycling dumped unceremoniously in Ipoh, the capital city of the Malaysian state of Perak, in what the presenter reportedly described as a “dystopian nightmare”.

Ipoh officials quickly denied illegal processing of imported waste. But just like that, the issue was on the map – and rightly so – with a flurry of comment pieces, defensive statements and outraged tweets pressing for change.

Because therein lies the power of Hugh. Be it unsustainable fishing, food waste or takeaway coffee cups, the founder of River Cottage has proven himself a dab hand at taking an environmental injustice, and giving it a fresh, no-nonsense and engaging makeover in order to push it firmly on to the public’s agenda. And woe betide those companies that refuse to engage with his message. Who can forget how he transformed a pile of parsnips into a whipping tool with which to beat Morrisons around the head  in 2015 when it refused an interview? Not Morrisons, that’s for sure.

So – with the series set to air next week – who might the presenter have his sights on this time around? Already we know Sir Jim Ratcliffe, chairman of UK energy firm Ineos – which produces plastics – will be on the hit list, with allegations that the company is leaking small pellets of plastic known as nurdles into the sea. Company director Tom Crotty might have dismissed the documentary’s take on the issue as “pretty pathetic” but past evidence suggests it won’t be that easy to bat Hugh’s attentions away.

Bottled water companies also look set to come in for heavy criticism, with the presenter set to argue it’s only clever marketing that distinguishes their product from tap water. Indeed, with a few wide-reaching stats released ahead of the broadcast, it’s clear any purveyor of single-use plastic could come in for similar treatment. That’ll undoubtedly include the supermarkets, with Hugh and fellow presenter Anita Rani challenging households to cut down on the huge quantities of plastic they carry home from their weekly shop.

In other words, with the exception of the few brands that boast 100% plastic-free, fully biodegradable and recyclable packaging materials, nobody is safe. And if Hugh’s record is anything to go by, there’s unlikely to be any place safe to hide.