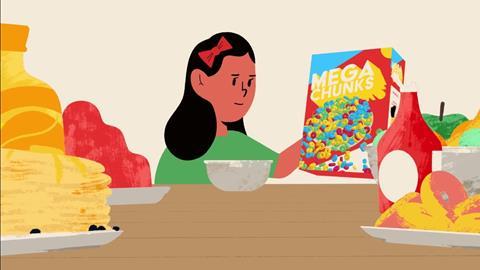 Whisper it quietly, but the government has finally written to Leon restaurant chain founder Henry Dimbleby, the man tasked with the UK’s National Food Strategy, in response to part one of his report. Six months after his report was published in August last year.

But as if the delay isn’t bad enough, ministers have insisted it is a private response and so won’t be published.

“The correspondence is between us and Henry Dimbleby,” were the exact words of a government spokeswoman today.

With The Grocer’s Goodness Edition out later this week shining a light on the crisis facing millions of families due to hunger, this lack of transparency and accountability is not good enough.

Ministers have also suggested part two of Dimbleby’s strategy may now not be published until the summer. And though the government has promised to respond to that with a White Paper within six months – one that surely must put tackling hunger right at the forefront – we face the prospect that by then we will be in the middle of next winter, with another full-blown child hunger crisis upon us.

To date, the government has lurched from one u-turn, from one sticking plaster, to the next on its policy on hunger during the pandemic, while more than one in 10 families are already visiting food banks. How many more will it be if we wait until then?

Yet bizarrely we have no idea if ministers are listening to the man tasked with drawing up their strategy and the majority of whose recommendations – such as a major expansion of free school meals and school food vouchers to help millions more vulnerable families – they have so far ignored.

Hunger strategy is not something that needs to be cooked up behind closed doors over secret letters between Eton-educated chums.

Meanwhile, ministers have again criticised the idea of appointing a dedicated minister to oversee the hunger crisis, claiming it works best when responsibility is spread across departments.

Is this the case or are they too scared that a hunger minister would have to answer questions rather than the government’s views on their vital plans being kept at bay from public scrutiny?

As Manchester United star Marcus Rashford’s campaign has shown, the battle to tackle child hunger needs a rational and urgent approach – one that is transparent and inclusive.

On all fronts the government is playing its own version of the Hunger Games. It’s not clever. And it’s not funny.