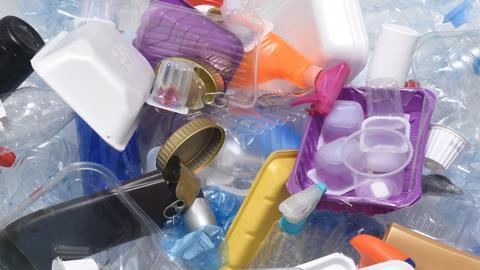 For too long, businesses had “been using incomplete information to represent the scale of their plastic packaging”, he said.

Of course, some have, and continue to do so. But an analysis by The Grocer this week also shows a level of transparency from some of Iceland’s rivals that you might not have guessed at from Walker’s comments.

Take Lidl, which published its third annual footprint the day after Iceland’s. Like Iceland, it sets out its plastic use in tonnes, broken down by brands and own-label, and also ‘secondary’ and ‘tertiary’ plastic used in the distribution, presentation and sale of products in stores. It’s for the UK only, while Iceland’s includes international operations – but credit must still go to Lidl GB for publishing its own footprint in such detail.

Iceland had gone further, in that its footprint also set out the number of individual plastic items, broken down in as much detail as tonnage. It’s considered important because lots of small pieces of plastic are inclined to distribute themselves more widely than a smaller number of bigger pieces, equalling more plastic pollution in the environment.

Then, in response to The Grocer’s enquiries, Lidl for the first time provided its total ‘unit numbers’, broken down into branded and own-label and different plastics, such as PET and PVC. The discounter had been working on a definition for the metric with Greenpeace, and recently agreed one: any item that has over 50% plastic packaging within it.

There were no fancy announcements, not even an official comment. It was just “You asked, here you go.” You might call it the opposite of making the scale of the problem opaque: a genuine desire to provide transparency.

What’s also apparent from our analysis, though, is the level of inconsistency across the industry. Some supermarkets report total plastic tonnage, but only of primary packaging, excluding things like pallet wrap and shelf-ready packaging. Some give no total at all.

Morrisons, weirdly, gives a percentage over two years and puts a tonnage on that, to let you work a total out. Why not just tell us?

More importantly, why not all tell us the same thing, using the same metrics, so we can better judge the industry’s progress?

This is what Walker called for when Iceland published its first plastic footprint last month, and he couldn’t be more right about the need.