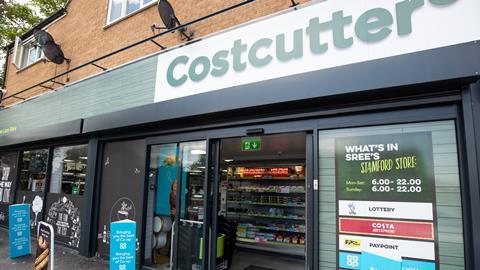 If it’s not a supply deal, what is Bestway getting from its Costcutter purchase?

While Brits were spending Friday lining up online deliveries for presents, Bestway carried out its own version of last-minute Christmas shopping by snapping up Costcutter.

Talks on the deal had kicked off at the start of the year, only to be put on hold as the coronavirus crisis hit. In another sense, this deal has been rumbling on for over three years, both before and after the collapse of Costcutter’s previous supplier Palmer & Harvey at the end of 2017.

Bestway would not comment on the price it has paid for Costcutter, but its turnaround over the past two years is likely to have increased the price tag. While current owner Bibby Line Group has been keen to sell the business for some time, it also wants to recoup as much of the investment it has made into Costcutter over the course of its ownership since 2007. In July 2018, it reportedly rebuffed a £15m offer from Co-op.

Initially, the deal raised one big question: what would happen regarding the Co-op’s supply arrangement with Costcutter? It was certainly the issue concerning Costcutter retailers who spoke to Conveniencestore.co.uk on Friday. The 2,000-strong Co-op own-label range has transformed the offer of independent retailers, particularly in high-value chilled ranges.

For the time being, Bestway has offered some reassurance on this front. On Friday, it pledged that the Co-op arrangement would remain in place and today confirmed it was in fact extending that deal for a further two-and-a-half years, to 2026.

On the face of it, it’s odd that a wholesaler like Bestway would buy a business like Costcutter, which operates 1,550 stores, and not want to supply them. So, we are left to wonder, why is not delivering to these stores and what is Bestway buying?

The answers lie in the recent history of Bestway. Speaking to The Grocer in November, Bestway Wholesale MD Dawood Pervez said he “wants to win in cash & carry and win in delivered”. The business is pushing ahead on both fronts, but in many ways is still in a transitional phase as it looks beyond its core cash & carry strength.

The Bestway evolution to become a fully fledged national delivered operator is still in its infancy. It kicked off its depot hubs project in 2019 but is still learning when it comes to delivered.

As such, it could be argued that right now Bestway isn’t ready to deliver on the scale needed for a Costcutter. Equally, Costcutter was on the market, and Bestway must have felt it couldn’t wait until it was ready.

What Bestway gets in this deal right now is direct access to a significant portfolio of independent retailers, who are primarily serviced through Nisa but will do significant amounts of top-ups at other wholesalers including Bestway. It can certainly expect to build on this in the short term.

It is also getting its hands on the Costcutter EPoS system (C-Pos), widely held up as one of the best in the industry, and Costcutter’s undoubted retail expertise – another area in which Bestway is still in something of a learning phase after the purchase of Conviviality Retail in 2018.

By extending the Co-op contract, it has bought itself some time before having to decide whether it will bring the Costcutter supply in-house, continue to develop a mutually beneficial relationship with Co-op or even cosy up to another major retailer.

This deal makes sense in both the short and long term, particularly if Bestway managed to negotiate a decent price – and to be fair, that is exactly what it is famous for.