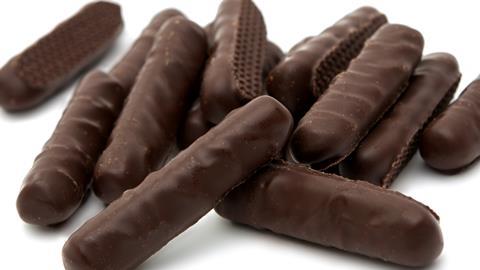 If Poundland is looking to build trust and sell more food, are finger ‘jokes’ really the way to go?

Poundland is quick to react with indignation to any suggestion it’s a downmarket retailer. It’s making bold strides into food, a market requiring more consumer trust than its traditional stomping ground of ‘everything as long as it’s only a quid’, after all.

When a headline in The Scottish Times recently claimed that a new Poundland was threatening to “cheapen Princes Street”, the variety discounter responded with a sign in the window telling shoppers it was “proud to bring amazing value to Princes Street”. That it was in fact “creating jobs, investing in high streets” and “supporting high streets while others leave”.

There was no mention of Poundland’s penchant for posting ‘jokes’ on social media about a female “friend who loves a good finger”. Because, you know, it sells Cadbury Chocolate Fingers, ha ha ha. Being on the Poundland social media team must be non-stop hilarity. Do they fall around laughing whenever they see each other because their faces have cheeks and so do bums? No. No one does. And I doubt anyone genuinely laughs at the tweets. Of course, some show approval – but they are just celebrating what they imagine will offend so-called ‘snowflakes’.

From ‘naughty elves’ in sexually suggestive positions to this year’s random ‘Santa banter’, Poundland’s Christmas social media campaigns have been beyond crass. In fact, they have verged on weird because they lack the wit to put the vulgarity in the context of humour. The Cadbury Fingers tweet of last weekend was deleted, so perhaps a sense of taste was impressed upon the team in this instance. Cadbury owner Mondelez refrained from commenting. Poundland’s tweeted explanation was that “Things get even more talked about when you take them down.” Do you see what they did there?

The campaigns have generated headlines in no short supply, not to mention a reprimand from the ASA for the elf, so they have been effective as a basic mechanism for publicity. But is it the right publicity for Poundland now?

When Home Bargains recently trademarked ‘Meadow Hill Fresh Groceries’, analysts put it down to a desire to build brand trust – a potential stumbling block for variety discounters seeking to sell more food. It’s one thing taking a chance on the quality of a cheap dustpan and brush, another on ingredients for the family dinner.

Poundland is transforming. It wants more of the grocery top-up shop. It’s introduced new price points up to £10. It’s expanded grocery across its estate and introduced new chilled ranges including own-brand ready meals. It has new frozen, chilled and fresh ranges in a separate five-store trial that could be extended to 250.

And if this is the quality of its jokes, what does it tell shoppers about it all?

By going for the discount grocery mission, Poundland, whether by design or not, is also going up against fiercely competitive Aldi and Lidl, who, with good reason, have strived tirelessly to drive home a message of quality. Can you imagine either of those ever posting a tweet like Poundland’s?

Poundland is very different from Lidl and Aldi and can afford to take itself less seriously in its marketing. But if it is going to take a gamble on vulgarity, at the very least it needs to make sure it’s funny.