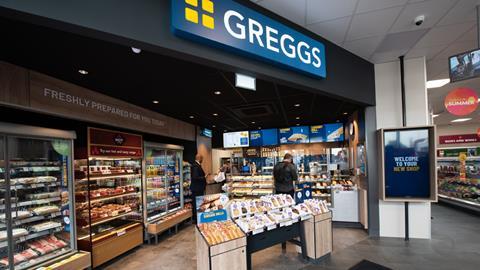 Is the cost of living crisis good news for Greggs and its value-led proposition?

As inflation and cost inputs continue to soar, retailers are facing a delicate balance between price rises, sales growth and protecting the bottom line.

Bakery food-to-go stalwart Greggs was the latest today to detail its own path through the inflationary minefield.

As with most consumer groups, year-on-year comparisons remain distorted by Covid and 2021’s government restrictions, of course, with first quarter growth of 36.9% and slower growth of 11.2% in the second quarter, though the latter in particular looks impressive given hybrid working patterns and speaks to its nimble approach to store expansion.

Covid somewhat distorted the bottom line picture too – with pre-tax profit of £55.8m largely unchanged from £55.5m in the prior year as 2020 benefited from temporary business rates and VAT relief.

So the real impact of inflation on a business like Greggs isn’t entirely clear.

Greggs did say it now expects full-year inflation to reach 9%, and has fixed costs for a number of inputs to give it clarity on inflation, though that upgrade didn’t alter its existing guidance of “no material profit growth” for the year, so essentially it’s saying profits won’t actually fall.

Perhaps most encouraging for Greggs, and the reason for maintaining profit guidance, is that sales volumes look to have remained strong even after price rises in May.

Like-for-like sales in the four weeks to 30 July were up 13.1% – a higher rate of growth than the overall second quarter.

So Currie has every right to believe Greggs is striking the right balance between price recovery and volume growth.

But there are two opposite trends weighing on Greggs.

First, its price position – which it has pledged to protect, despite headline increases – means it could benefit from consumers trading down and swapping a Pret lunch and coffee, for example, for Greggs’ more competitively priced fare.

So – like the supermarket discounters – Greggs could find itself gaining market share as cost-conscious consumers focus on value.

On the other hand, Greggs’s value-conscious existing customer base is arguably more exposed to the cost of living crisis and could see food-to-go as an expense to cut down on.

That means Greggs could find itself squeezed between consumers prepared to pay extra at rivals for perceived quality and the squeeze on those on lower incomes looking to economise.

That dichotomy is best indicated by the variety discounter B&M Value Retail, which has seen a share sell-off (down 30% year to date) partly on concerns that its traditional customer base could be among those worst hit by the cost of living crisis.

One thing in its favour is that it embraced change as it transformed from bakery player to national food-to-go and travel retail player under previous CEO Roger Whiteside.

That adaptation is continuing – evidenced by its partnership with Just Eat to target the Covid-inflated delivery market and its efforts to increase its post-4pm trade through delivery and longer trading hours, as well as the expansion of its franchise operations and extra drive-thrus.

So far, the market is sceptical. Greggs shares are down by more than a third this year.

But the group continues to grow – both its sales and its store estate, the latter a sign of confidence that any bottom-line impact from soaring costs will be temporary.

Greggs believes it has the right recipe for the good times to roll – it will hope cash-strapped customers agree.