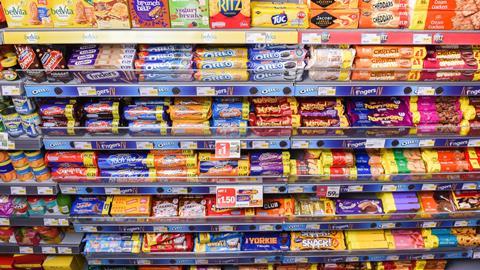 Considering plans for a clampdown on junk food ads have been discussed by various Conservative ministers for more than a decade, campaigners won’t exactly be dancing in the streets about their inclusion in the Queen’s Speech.

But it signals the government’s intention to press ahead with sweeping ban on volume and location promotions, from 6 April next year, plus a “total” online ad ban and 9pm watershed on TV by the end of 2022, suggesting the war on HFSS is finally over – and the food and drink industry has lost.

Reports in The Sun in March that anti-nanny state MPs had persuaded the PM to kick the online ban partly into touch appear to have been wide of the mark – though of course nothing is certain with this administration. And industry sources have not given up on watering it down just yet.

The FDF reports being inundated with calls from suppliers unsure if their products fall under the scope of the proposed ban, proof it says that the new rules are vague and ill thought out. It’s easy to see why companies are confused and even more so why they are scared, considering the estimates of a hit of between £1bn and £3bn to sales revenue from promotions.

While products such as pies, quiches, processed meats, cooking sauces, flavoured pasta, rice and bread – which had originally been in the government’s sights – have been spared, crisps, savoury snacks, chocolate and sweets, as well as ice cream and lollies, cakes and sweet biscuits are in scope.

Yet suppliers argue in some cases it is still unclear whether they will be caught up. They say the government has not explained for a raft of categories whether its definition will be based on format, characterising ingredients, consumption occasion, or nutritional composition. Sweet biscuits and cereal bars, for example, includes rice cakes, sports bars and nut/fruit-based bars – all very different in their target market.

The other big question now is how on earth stores will be ready for a ban in less than a year, considering the enormous upheaval required – not just of aisle ends but in many cases entire store layouts.

While small companies employing less than 50 are exempt from the promos ban and those under 2,000 sq ft will swerve the locations part, other stores must not only remove any HFSS promotion from aisle ends but also from front of store.

It’s understood this element alone could mean as much as 5% of the store area will be out of bounds – and that could be multiplied several times over for stores with more than one entrance.

“The change required is too big and we still do not have clarity on many aspects,” says Andrea Martinez-Inchausti, deputy head of food at the BRC. She adds supermarkets still hold out hope for a compromise deal, meaning the restrictions would come into force from April, but they would be given more time for the provisions on location.

Such calls cut little ice with campaigners, who say the industry has had two years since the original consultation on the plans to get ready.

The same is not true for the total ban on junk food ads online, seemingly also confirmed by its inclusion in the proposed Health and Care Bill, which came far more as a bolt from the blue when revealed in November.

If anything, there is even more uncertainty over how it will work (and which products it will cover) because of the lack of detail published so far. Also, though it looks set to be based on the same nutrient profile model, unlike the promo ban, the online clampdown will require primary legislation, making the timeframe just as difficult.

Thankfully Daily Mail headlines declaring the PM’s web ban could see ads for avocados, houmous and, God forbid, Marmite, sent to the junk bin, appear to be wide of the mark.

Indeed, it appears inconceivable ministers will go for anything like an absolute ban on HFSS ads online.

It is already suggesting thousands of small companies will be exempt. The Grocer understands industry sources have not yet entirely given up hope that the DH could yet be persuaded to take a different path. Instead of a total ban, they propose working with advertising bosses to introduce a much tougher version of the industry’s self-policed code.

That of course would cause an almighty stink with campaigners, but then again this whole proposal is like Marmite – you either love it or hate it. –