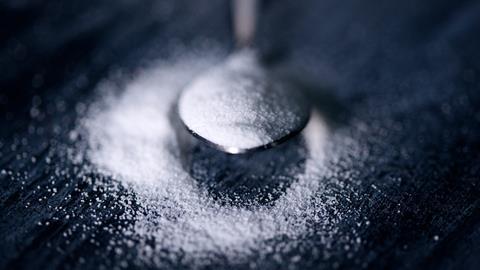 When it finally came, the report the industry had been dreading was not quite the “fire and brimstone” hatchet job many had feared.

PHE’s second annual update of the industry’s sugar reduction programme, makes it clear it will be virtually impossible for the industry to hit the target of a 20% reduction of sugar in key sectors by 2020. Sugar content based on sales-weighted averages is down just 2.9% since 2015, despite some better progress in sectors such as yoghurts and cereals.

Significantly, as PHE flags up, that compares with a reduction in sugar of almost 30% in products covered by the soft drinks sugar tax.

Yet some industry sources had expected PHE to go even further. Its “toned down” report is testament to a fiery debate raging in government over where the obesity strategy should go next.

According to one source, PHE had been “chomping at the bit” to deliver a far more hard-hitting report on sugar reduction than the one produced in May last year, in the first update. At the time, director Dr Alison Tedstone had promised there would be “no excuses” for the industry if it failed to step up next time, following the 2% reduction achieved in year one.

But despite the relatively tiny amount of progress since then, the language this time round is if anything more diplomatic.

PHE had been expected to “name and shame” companies that failed to hit the targets this year. But there was no such exercise and, unlike last year, there wasn’t even a stakeholder and media briefing before the report.

Some suggest this gritted teeth diplomacy could be down to Boris Johnson and health secretary Matt Hancock’s opposition to PHE’s favoured direction of travel.

Last week The Times suggested pressure from No 10 had been the cause of the huge delay in publication. Johnson has slammed so-called “sin taxes” such as the sugar levy, while Hancock has attacked the “nanny state”.

Even if the report has been watered down, however, PHE was at pains to point out more has been achieved by taxation than voluntary targets. CEO Duncan Selbie said more than 30,000 tonnes of sugar had been removed “without reducing soft drink sales”.

Many in the industry are convinced PHE, along with outgoing chief medical officer Sally Davies, would now like to see the tax extended to other areas that have been failing to hit its targets. This move has the strong backing of several health campaign groups.

PHE is also a fervent supporter of another key government policy that has gone quiet since Johnson came to power: plans for a crackdown on in-store HFSS promotions.

Industry research suggests the proposed ban would wipe £500m a year off end-of-aisle promotions alone. Ironically, soft drinks whose sugar levels have been cut to duck under the sugar tax levy would be among those to face promotional bans.

So where do we go next? The report suggests PHE has a chocolate snowball’s chance in hell of hitting its sugar reduction targets, let alone the additional targets it has in the pipeline for calories and fat.

The situation has many echoes of the last days of the failed Responsibility Deal, which, let us not forget, foundered after officials failed to secure voluntary commitments to reduce HFSS promotions.

Either PHE needs to accept the need for more realistic targets and fewer of them, in a major rethink of the voluntary programme, or we could be heading for collision course between the government’s health experts and its ministers.