Meat-free is on the march. And a counter-narrative is sorely lacking 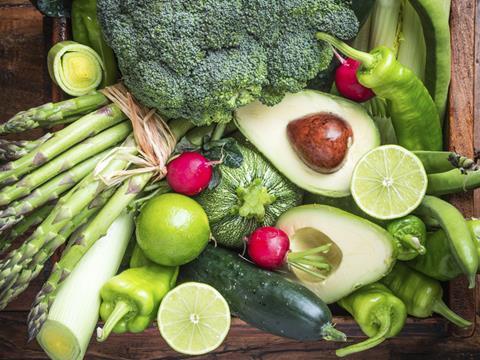 I used to be a full-on carnivore.

But now - like more than a million other people in the UK - I’ve gone cold turkey.

Voluntarily giving up bacon leaves many gravely suspicious, of course. And rightly so. But attempting to explain why I and a fast growing number of millennials are ditching the meat-laden diets we were raised on is tricky.

Add to the mix the 542,000 people who now follow a vegan diet, a 360% increase in the past decade, and we’ve got a serious anti-animal product movement on our hands.

For some it’s concerns over animal welfare. For others it’s fears that livestock farming is a threat to the environment. For many, health plays a major role, with no end of tanned, glowing bloggers promoting the benefits of a plant-based diet. And for a few it’s simply the trendy thing to do. If Beyoncé and (reportedly) Brad Pitt have given up kebabs and cheesy chips, it’s got to be the smart move, right?

PETA founder Ingrid Newkirk really doesn’t care which it is. “Whether it’s health, religion or the animals, as long as it’s happening,” she told me in an interview this week. “Our primary interest is stopping the suffering so for us it’s tremendous and we just encourage people and provide whatever we can so people keep going.”

And the fact is, this swing toward vegetarianism and veganism is leading many regular Joes to turn to the world’s biggest animal rights group for tips on recipes and nutrition, where once they might have viewed PETA as a tad extreme. Newkirk might have famously dumped a dead raccoon on Vogue editor Anna Wintour’s plate at the Four Seasons and arranged to be force-fed outside Fortnum & Mason, but with veganism seguing into the mainstream, for many her views suddenly don’t sound as uncompromising as they once did.

And that’s a big problem for the meat and dairy producers she has set in her sights.

Attacked on all sides from eco-warriors, animal rights activists and yoga teachers, the industry is simply failing to offer a counter-narrative other than ‘look at how tender and tasty our meat is’.

Well, yes, it might be. Yes, I might still have daydreams about pulled pork burgers. But that simply isn’t enough to defeat the damaging knowledge we’re being handed from the other side on agriculture, welfare and the environment.

If not, then we have no choice but to turn to the truth as told by PETA. And do whatever Beyoncé would, of course.