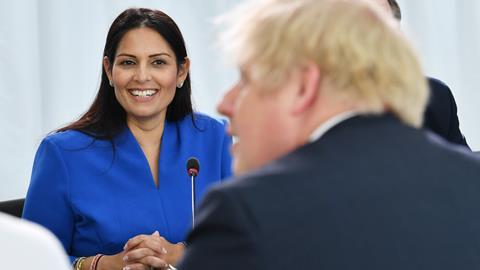 Nearly two million people are undernourished in the UK, according to Oxfam, while half a million are now reliant on food parcels. In order to feed their children, one in six parents are now going without food themselves.

Those are pretty shocking statistics from the world’s sixth-richest nation, with a GDP of $2.83 trillion in 2019, according to US-based think tank World Population Review.

And that’s despite the fact the food we consume in the UK is still relatively cheap. The cheapest in Western Europe, according to Eurostat. In fact, Brits spend 8% of their total household expenditure on food to eat at home – less than any other country in the world apart from the US and Singapore, research by Euromonitor suggests.

Should food prices rise, we would undoubtedly be facing a much, much bigger problem.

So excuse me while I scrape my jaw off the floor following the government’s confirmation that the UK’s new points-based immigration system will contain no specific route for the ‘low-skilled’ workers our industry desperately needs to keep producing affordable food.

The system will, in effect, ban 70% of the current EU workforce, the government claims, which will “end the reliance on cheap, low-skilled labour coming into the country”. But that is putting the cart way before the horse.

By stopping the supply of cheap labour from Europe, the government will force the industry to either employ Brits at a higher cost (assuming they can find people willing to do the jobs in the first place) plough millions into automation (which will end up reducing the number of jobs for British workers, too) or cease production altogether.

Either way, that’s going to mean higher costs and – you guessed it – more expensive food.

Which is a worry when you consider the UK was already facing the threat of food shortages and higher prices due to customs checks set to be imposed on EU imports at the end of the transition period.

The Home Office has at least confirmed that the seasonal workers pilot will be expanded in time for the 2020 harvest – from 2,500 to 10,000 places. But when you consider the UK is reliant on 70,000-80,000 seasonal workers, most of whom currently come from the EU, that’s simply not enough to plug the gap.

And there are no such provisions for the processing sector, which is already struggling under the burden of a growing labour crisis.

All in all, it’s a lose-lose situation. Businesses will be punished, consumers will be punished and – eventually – so will the government. Because no administration can possibly hope to survive another election having overseen a massive spike in food prices.

So I’m honestly baffled as to what Priti Patel and Boris Johnson hope this policy will achieve. It will cut immigration, sure, but if they hope that will make Britain Great Again, they are wildly mistaken.

Food is a fundamental human right. And no country in the world can lay claim to greatness if millions of its own people can’t afford to eat.