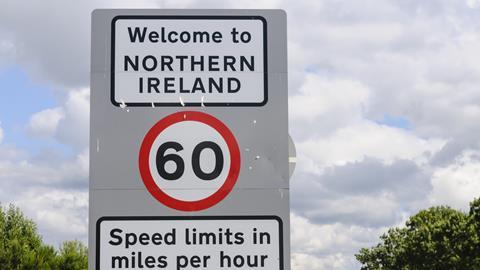 Northern Irish businesses need clarity and solutions, not bluster and a vague ‘roadmap’

The Northern Ireland food industry is crying out for clarity and solutions on the Irish Sea border – so this weekend’s inflammatory article by Lord Frost, together with a vague roadmap for border checks, was of little use.

After Frost accused the EU of “point-scoring” in the Mail on Sunday, describing the NI protocol as unsustainable, and calling on Brussels to find a solution, details of the UK’s latest attempt to resolve the Irish Sea border problem have emerged.

The Northern Ireland Protocol roadmap - reportedly shared with the EU and seen by the BBC -  involves a phased introduction of border checks on food heading into Northern Ireland. This will come in four stages, though only the first two have dates. Phase one - covering fresh meat products - will begin in October, while phase two - covering dairy products, plants and wine - will commence at the end of January 2022. The dates for starting checks on organics, fruits, ambient and everything else, meanwhile, remain unspecified.

For an industry in desperate need of detail, it falls somewhat short. If anything, the roadmap raises more questions than it answers. Will the EU agree to this? If not, will the UK press ahead regardless? And where would that leave us? Trust is already low following the UK’s previous unilateral extensions of NI border checks. Lawsuits on the matter are ongoing. Any further deterioration in trust will benefit no one.

The second standout from the plans is the government’s seemingly undeterrable belief that digitising paperwork will ease the problems at the border. Much like the climate change debate, there are broadly two camps when considering changes to the NI Protocol. Those who think technology can save the day, and those who argue there must be a fundamental rethink.

In the case of NI, a fundamental rethink means a veterinary agreement, which would reduce border checks. This is especially important for smaller businesses, according to one source. Supermarkets, with their size and scale, will find a solution regardless of the end-state. Without a vet agreement, however, many smaller suppliers will drop out of the region altogether. This could ultimately lead to an even greater hegemony of the supermarkets, they suggest.

Unfortunately for smaller suppliers, however, while Boris Johnson reportedly discussed the idea with Irish taoiseach Micheál Martin last week, it will require the UK to align to EU food standards rules. A step by all accounts Downing Street refuses to take.

It leaves the food industry in an ongoing position of uncertainty, unable to make meaningful preparations.

Time is ticking away. And not just for the food industry. Perhaps most worryingly, Northern Ireland’s ‘marching season’ is soon to begin with concerns mounting across the political spectrum that if easements to the protocol are not agreed before summer then levels of violence could exceed those already seen in April. Solutions – detailed solutions – are pressingly now the order of the day.