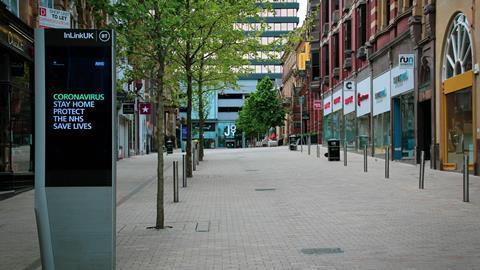 Retail’s rent debt crisis: how the government’s call for evidence could help

For a year, the government has tied landlords’ hands and hoped they and commercial tenants can negotiate their way out of the rent debt mounting in the meantime.

Many retailers have of course needed the breathing space afforded by the government’s emergency Covid measures, banning landlords from evicting them or pursuing debt with bailiffs, statutory demands or winding-up petitions.

But with commercial rent debt growing at an estimated £1.5bn a quarter throughout, government has signalled its acknowledgement that an exit strategy is needed.

Last week it announced yet another three-month extension of the protections against eviction and ‘commercial rent arrears recovery’ – the process used to send in bailiffs – until 30 June. There was no mention of statutory demands or winding-up petitions, but industry sources expect a further announcement.

“Even more encouraging”, according to UKHosptality CEO Kate Nicholls, was the government’s announcement of a call for evidence on steps it should take after 30 June. More detail is expected by the end of March, but they could range “from a phased withdrawal of current protections to legislative options”, the Ministry of Housing, Communities and Local Government said.

Like hospitality, retail sees the prospect of government intervention through legislation as a potential breakthrough in the impasse created by the protections and mounting debt. BRC CEO Helen Dickinson even sees “scope to support the reinvention of our shopping centres, out-of-town parks, and high streets all across the country”.

But landlords appear less enamoured at the prospect. “We have already provided extensive evidence of the way in which property owners are supporting their tenants”, says British Property Federation CEO Melanie Leech.

So, what do the two camps want from the call for evidence, on which the fate of so many jobs and businesses could hinge?

“Finally, the government has accepted there is this massive and still increasing pile of rent arrears and they need to do something beyond endlessly extending the moratorium,” says BRC property policy advisor Dominic Curran.

“It could be the government mandating a resolution through an arbitration mechanism if landlords and tenants can’t agree.

“It could be – and I accept these are big things – the government legislating to effectively insert occupier rent review clauses into leases.” That could allow occupiers to trigger a review where their contractual rent payments have ended up higher than “market levels” in the wake of the pandemic.

“It may be they signed a lease five years ago or even two years ago and those rents are now unsustainable.” It could even be mandated that the savings in ongoing rent payments are directed to paying off arrears.

But persuading landlords of some of those options could be challenging. Because values have plummeted in the pandemic, negotiations are already likely to prove favourable to occupiers, argues BPF director of finance policy Ion Fletcher. “From that point of view we’d question how strong any intervention from government needs to be,” he says.

However, there remain some areas of agreement between the camps, one of which lies in the “phased withdrawal” of existing protections mooted in the government’s announcement.

The BRC’s Dickinson had already put forward such an idea in a letter to small business minister Paul Scully last month, arguing “existing support should be withdrawn gradually as economic conditions, and the vaccine rollout, improve”.

However, retail could find it is not the beneficiary of such an approach. A phased withdrawal of protections could see them left in place after 30 June for hospitality and leisure only because “they’ve had a harder time of it”, argues Fletcher.

Dickinson’s letter to Scully put forward another idea, of tax breaks for landlords in return for writing off some of the rent debt. It could mean making any rent reduction for the 2020-21 financial year tax-deductible. It would “echo” the government’s ‘super-deduction’, which promises companies 25p off their tax bill for every £1 invested in plant and machinery, explains Curran.

Crucially, tax breaks for forgone rent are also backed by landlords. “If the details are right it’s potentially one of a number of things [we support],” says Fletcher.

His caveat brings us to the third point of consensus: the government has left itself with little time to address those all-important details. The BPF’s Leech goes so far as to slam the call for evidence as “a year too late”.

Curran says: “If they publish the call for evidence before the end of March, and spend April getting responses, then they potentially have May and June to get something through parliament. It’s tight.”

With it “hard to overstate just how close many are to administration” according to Dickinson’s letter, thousands of businesses – and their landlords – will be hoping it’s not too tight to get viable solutions in place.