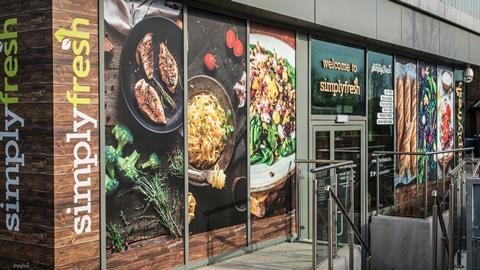 In the wake of today’s news Sainsbury’s is shutting down its wholesale arm, my thoughts go out to SimplyFresh and the retailers that signed up to its fledging supplied-by-Sainsbury’s model. These entrepreneurial operators have been brave enough to venture out of their comfort zone in an intensely competitive marketplace, and now it’s back to the drawing board.

SimplyFresh and these retailers are shrewd operators, and should in due course be able to prosper without the supermarket tie-up. But where does this leave Sainsbury’s? The news was shocking because becoming a serious wholesale player appears to have been a key target for the retailer for almost five years – or in other words, since Tesco shook up the grocery market by snapping up Booker in January 2017.

That deal set in motion a chain reaction, with rivals convinced they needed to better leverage their supply chain in search of the much-needed growth that was eluding them in their core store estates.

Later that year, Sainsbury’s came close to buying Nisa before pulling out of a deal, having reached preferred bidder status. This left the path clear for Co-op to bag Nisa. Since then, Morrisons won a deal to supply McColl’s and has also secured a major deal with Amazon as it targets £1bn in wholesale sales.

Asda has also been dipping its toes in the wholesale space with its Deal Depot cash & carry format, and is surely set to look for efficiencies with EG Group under its new owners, the Issa brothers.

Having turned down the opportunity to buy Nisa, Sainsbury’s has since only dabbled in wholesale. It has a tie-up with EG, though the Issas’ Asda swoop will surely have frozen it out of expanding that relationship any further. It has also run a series of rather unconvincing trials with WH Smith, which again have failed to amount to much.

Apart from a nice arrangement to supply Dobbies garden centres, the SimplyFresh move seemed the most likely to bear fruit. There was even speculation Sainsbury’s would take a stake in the symbol operator.

All this is now academic and Sainsbury’s has decided to plough ahead alone, putting all its efforts and resources into its core business – and maybe it will prove to be the right move.

After all, the wholesale ambition predated current CEO Simon Roberts’ promotion into the hot seat, and he clearly has his own priorities, setting out his ‘food first’ strategy last year.

The main reason I say this comes down to growth. That was the driving factor behind all the consolidation of a few years back, but it turns out the pandemic has delivered that in spades.

Market share figures published today by Kantar demonstrated a slowdown compared to the extraordinary highs of a year ago – but even so, Sainsbury’s sales for the 12 weeks to 11 July were still 10.1% higher than the same period two years ago, before the pandemic.

This compared to 4.3% at Asda and even 9.6% for Morrisons, which has been rapidly expanding wholesale. Tesco in comparison is up 10.8% compared to two years ago, and this will largely be driven by its own stores and online rather than Booker, which will have been hit by the various restrictions on the hospitality sector.

So for now it’s understandable why Sainsbury’s doesn’t feel the need to be pushing into these new areas. The danger will be if it does feel the need to come back to this market in a few years, the best prizes may have all been snapped up.