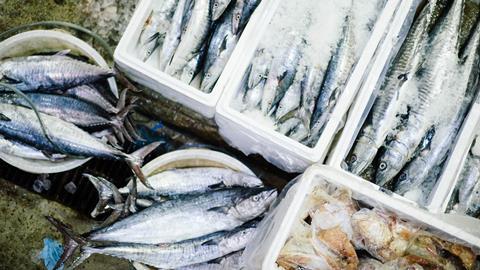 While Northern Ireland has rightly emerged at the top of post-Brexit trade issues to resolve, the seafood industry continues to face one hell of a stink when it comes to exporting to the EU.

Since the UK formally left the trading bloc on 31 December, trade to the seafood industry’s key clients in countries like France and Spain has plummeted compared with pre-Brexit levels.

And while the most recent ONS statistics for February suggested things had improved somewhat, industry figures told the Efra Commitee’s hearing into post-Brexit seafood and meat exports in March that they still faced 80% of the plethora of issues they’ve had to cope with since January. All of this at a time when financial resilience among seafood businesses was already low due to Covid-19’s closure of hospitality outlets both domestically and abroad.

Yesterday, we reported the Scottish Seafood Association – which represents processors north of the border – had issued what it called “an angry attack” on both the UK and Scottish governments.

It accused both Westminster and Holyrood of failing to provide adequate funding to prop up businesses hit by export issues, as CEO Jimmy Buchan argued neither administration had done anything meaningful to ease the issues at the border.

In response, Defra said it recognised the challenges UK seafood companies had faced due to both Covid-19 and Brexit, and pointed to its £23m Seafood Disruption Support Scheme as a means of support. It also highlighted the government’s long-promised £100m funding package to revitalise the sector and coastal communities, which currently only exists as a few bullet points of lofty promises.

It’s clear these problems will persist unless (a) the government negotiates a better deal with the EU, (b) we get a heck of a lot more domestically caught fish into UK supermarkets, or (c) we accept these businesses going to the wall.

The first two routes are highly unlikely to be taken – at least in the short-term – because the government has backed itself into a political corner with its hardline Brexit stance. Meanwhile, a lot of groundwork needs to be laid with consumers before they swap tuna for lemon sole.

The third  way out of this situation is not only undesirable for a government that claims to be pro-business and economically competent, but is also incredibly risky given the disproportionate effect it would have on the Scottish industry at a time when support for independence is high.

The Scottish seafood sector has been hit particularly hard because it lands and processes the UK’s largest amount of popular export species, such as langoustine, salmon and monkfish.

It means the only politically viable solution on the table is to build on the £23m support it has already provided and essentially bankroll seafood businesses until trade somehow gets easier.

But even this won’t solve everything. EU customers will remain unhappy that their seafood is arriving later and potentially in a worse condition than it did pre-Brexit. The latter issue will become an even bigger problem in the summer as the heat speeds up the degradation of seafood.

As pointed out by Seafood Scotland CEO Donna Fordyce at the aforementioned Efra hearing, EU customers will look elsewhere if they’re confronted with rotting fish when they open up orders that have been delivered by a delayed lorry.

Of course, the best solution for everyone is that the government heads, cap in hand, back to Brussels to negotiate. After all, any adjustments to the UK’s export woes are entirely in the EU’s gift.