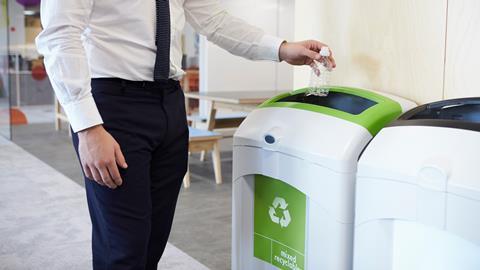 Considering the global outrage at plastic pollution, it’s truly staggering that it is down to voluntary action from retailers and suppliers to provide consumers with vital advice over what packaging can be recycled.

How many of the general public have even heard of the On-Pack Recycling Label (OPRL) initiative, let alone done anything it recommends? It is a moot point, even though research from the organisation (formed in 2009) suggests it has built as much awareness as the Keep Britain Tidy man.

Yet the fact that it’s only been in the past 18 months that big companies, including Unilever, RB and P&G, have joined the initiative says all you need to know: the system has not been as widespread nor as effective as it needs to be to tackle consumer confusion over plastic.

So, credit is due to OPRL members, who this week stepped up to ensure the advice given to consumers was far easier to understand.

The shake-up, involving most of the major supermarkets and hundreds of suppliers, will see them switch to a simplified system. It will tell consumers to either ‘recycle’ or ‘don’t recycle’ products.

It doesn’t take a brain surgeon to work out how many consumers would bother doing that, no matter how much they claim to care about plastic.

Indeed, under the OPRL’s previous guidelines, packaging could carry a ‘Check Local Recycling’ label, when as few as one in five councils accepted the materials in question.

The shake-up means large quantities of plastic packaging – including PVC, polystyrene pots and non-infrared detectable black plastic – will now clearly be labelled ‘don’t recycle’. In other words, consumers will get the information they need to eliminate unrecyclable plastic from their baskets, if that’s what they want.

Like the growing list of actions by retailers and suppliers to remove plastic from shelves, this is a sign of the industry taking ownership of the issue, instead of blaming hopelessly underfunded local authorities for the lack of plastic recycling.

With the government’s plans for extended producer responsibilities coming down the track, it’s no good companies burying their heads in the sand. They are the ones who are going to be held accountable for plastic and the huge cost of its recycling, after all.

As for the government, it should ask what it can do to create a regulatory system that makes it as easy as possible for industry to do the right thing. Having mandatory recycling information on pack would surely be a good start.