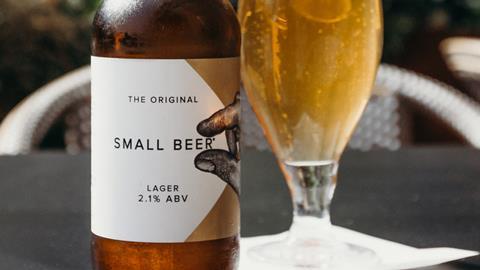 Yuzu crackers and mayonnaise. A veritable ocean of ’functional’ waters. Sweet cheese (yes, it exists and we’re not sure how we feel about it). Golden Icelandic gin and more CBD-infused products than Cheech & Chong could shake a ginormous spliff at.

All this and more was on show at William Reed’s food shows at the NEC in Birmingham this week. The sheer diversity of products from booze to baby food was almost intimidating. There was no shortage of ambition or innovation.

But one brand in particular stands out as having real potential to take on the big players in its category.

In The Grocer’s humble opinion, not enough people are talking about London’s Small Beer Brew Co. SBBC makes ‘table beers’, which come in generally between 1% and 3% abv, and were popular in the 18th century.

The brand, started by Sipsmith gin alumni James Grundy and Felix James, debuted with two SKUs – a 1% dark lager and 2% standard lager – in 2017, but has since expanded its range to four. It launched Steam, its 2.7% take on a classic London bitter last year, and is just about to launch a new 2.5% Session Pale, which Grundy says has been in the making for seven months.

From its ‘stubby’-style bottles and minimal but cute branding to its sustainability credentials (it takes only one-and-a-half pints of water to make one Small Beer, versus up to 10 pints for a ‘typical’ pint of beer), everything about SBBC just works. Most importantly, the beers are delicious. They stand in stark contrast – in taste and aesthetic – to much of the lower-alcohol fare on the market. 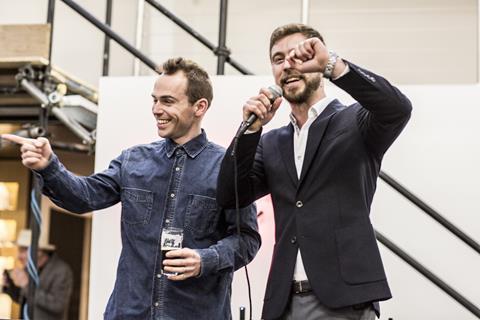 That low and non-alcoholic booze (said without even a hint of irony) is in vogue will come as no news whatsoever, unless you’ve spent the past year living in a small cave under the sea with a blindfold on.

But despite booming sales and dedicated fixtures, there’s very little in the category that isn’t just a replication of something that already exists in alcoholic form.

Even the sector’s craft brewers such as Infinite Session and Big Drop (both of which brew some absolutely stunning beers in their own right) are still in a sense replicating the craft trend as it already exists. Their packs would not look out of place next to BrewDog and Beavertown were they to be brewed to 5% abv rather than 0.5%.

SBBC doesn’t reinvent the wheel but it does offer a new proposition. There’s something European, indulgent, nostalgic and strangely familiar about these stubby little beers. They’re classy in their own way but not posh by a long shot. It doesn’t quite fit in with the health-obsessed booze-shirkers of the ‘NoLo’ scene, nor craft beer’s pretentious zealots. Yet it’s still a far cry from mainstream lager.

The modern beer world is all about extremes: super-strong craft on one hand and overly virtuous NoLo on the other. These are the biggest areas of growth, yet extremes can be tiring.

Sometimes you just want a beer that takes the edge off a bit, that you can drink lots of without getting absolutely spannered – but you also want something that feels like a little bit more of a treat than a four-pack of Bud Light or Coors. Alcohol, just like politics, desperately needs its centrists.

Here’s to SBBC for having found that comfortable space in-between.