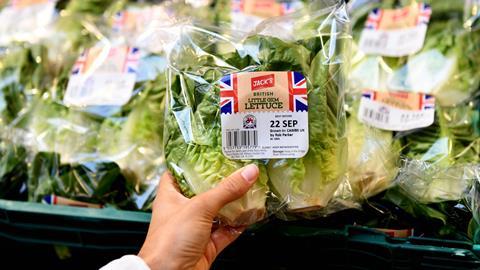 Tesco risks confusing its customers with rollout of Jack's-branded lines

It’s been eight months since Tesco opened the doors to its first Jack’s store, in Chatteris, with the sort of media frenzy that would give the Duchess of Sussex’s newborn a run for his money.

But there was little fanfare today as Tesco began selling Jack’s products in nearly 900 of its larger stores, on a day in which the UK’s biggest retailer launched a three-pronged attack on its discounter rivals.

Officially, the appearance of Jack’s-branded mineral waters, fruit juices, crisps and other products (albeit only nine lines) was billed as part of the retailer’s 100th anniversary activity.

But it poses more questions about the longer-term future for Jack’s and whether this latest toe in the water could be a sign of what’s to come.

Only eight Jack’s stores have opened since Chatteris. The latest, at Rawtenstall in Lancashire, has been very much re-engineered as a cash & carry-style bulk buy affair, far removed from the Cambridgeshire layout. And there are no shortage of doubters who think Jack’s will be lucky to last any longer than its namesake’s anniversary year.

The appearance of Jack’s-branded goods in mainstream Tesco stores deepens the mystery over what next. Could this be the start of a much wider rollout of bargain basement Jack’s products? These could perhaps replace some of the less successful of Tesco’s prolific own label launches, or sit alongside them. Tesco boss Dave Lewis could even look to use excess space in some of its Extra stores, or in the car parks, to house Jack’s ‘store within a store’ concepts.

Opinion: Dave Lewis is right to be cautious about Jack’s launch

No doubt there will be plenty of shoppers attracted by the price point, with the Jack’s products on show at Tesco today selling between 55p and £1.50. Jack’s might be a better bet to succeed as a permanent fixture than failed attempts in the past such as Brand Outlet (remember that?).

But the prospect of a few hundred stores within stores is unlikely to raise the same excitement in the City as was caused when it looked like Tesco was intent on rolling out a fully fledged discount chain to take the fight to Aldi and Lidl.

Lewis has kept the experts guessing and in billing all of this as a birthday gift to loyal shoppers, he has the perfect getout to pull the plug at the end of the year if it all turns out to be a failed experiment.

But if Tesco is serious about using the Jack’s branding – and its union flag theme may chime with some in the UK at the moment (others possibly not so much) – it will have to think carefully about execution.

According to Bryan Roberts, head of insights at TCC Global, Tesco staff were at a loss to explain to shoppers bemused by the sudden appearance of Jack’s products when he visited stores today.

“It’s not been very well contextualised or explained to shoppers,” says Roberts. “It’s just been dumped in store as part of a new round of price cuts and has left shoppers a bit mystified I think, even if they like the prices.”

There is also surely a risk that the bargain basement Jack’s product could end up cannibalising sales of the supermarket’s Exclusively at Tesco range, which ironically many had wrongly assumed would be used as part of the launch of Jack’s and which has been such a big part of Tesco’s comeback.

But the biggest danger is Tesco getting back into the sort of marketing muddle that used to make its stores pre-Lewis a sea of promotional cardboard.

Tesco has been impressive in the way it’s taken the fight to the discounters with its increasingly competitive own label lineup. Strong in-store point of sale, on top of heavy advertising on TV and in the press, as well as (crucially) genuinely deep price cuts across hundreds of products, has helped continue its recovery, even if Lewis knows he can never beat the discounters at their own game.

Read more: Can Jack’s do enough to tackle the discounters without cannibalising Tesco sales?

But in throwing Jack’s products into the mix on the same day as the launch of a second round of those cutbacks, Tesco risks confusing its customers.

This applies even more to the third piece of the puzzle, which also launched today, as Tesco began offering 200 products at cheaper prices to its Clubcard holders.

TCC’s Roberts said he had been struck by the almost total lack of point of sale information about the Clubcard Prices promotion, with customers “clueless” about which products the dual pricing applied to.

“Maybe all this is still to come but it’s as if customers will have to guess what products they will get a reduction on,” he says.

Yet if Tesco was serious about Clubcard Prices, why launch it on the same day as the wider promotions, let alone throw Jack’s into the mix as well?

That is the danger for Tesco, which in the past has got into trouble by trying to take on too many battles at once. Its recent success has come from a relentlessly reiterated and simple marketing message. It would Jack that in at its peril.