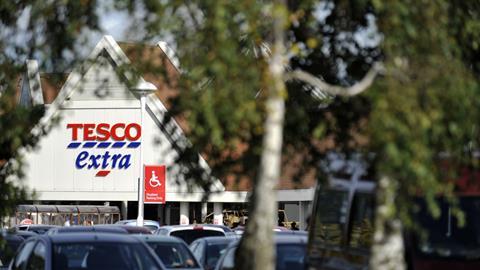 Who would have thought Ken Murphy’s first big move after taking the reins as Tesco boss would be to voluntarily refund nearly £600m with weeks to go before his first Christmas in charge?

But if that is a move strangely in keeping with the seismic shocks the industry has seen throughout the Covid pandemic, it’s still startling that, for many, Tesco’s decision to refund its controversial business rates windfall has been widely interpreted as a masterstroke.

With one fell swoop the UK’s biggest retailer has not only morphed from Christmas pantomime villain to hero. At the same time it has poured huge pressure on its supermarket (and some non-food) rivals, just at a time when they can least afford it.

All eyes will now be on who is first to budge among the other retailers who’ve benefited from the Chancellor’s controversial windfall. Many industry experts expect a trickle, followed by a flood, as others are shamed into following in Tesco’s footsteps.

There is little doubt what conversations the CEOs of Asda, Sainsbury’s, Morrisons and the rest were engaged in this morning after the news broke that Tesco was paying out surely its biggest ever cashback – a whopping £585m.

It came despite Murphy maintaining that the money received from the Treasury had all gone towards the extra costs of dealing with Covid, which Tesco estimates could be well in excess of £725m this year.

Yet pressure has been building on the supermarkets over the controversial award for months. If the checkouts ring over Christmas, as many expect, those calls for an about-turn could become a deafening crescendo that forces the government to claw back its generosity, at least partially, as has happened in Wales.

For all the costs Tesco has incurred, and the growing unfairness of the business rates system, it’s concluded that it needed to get back on the front foot on the issue. Indeed, while the supermarkets have studiously avoided gloating in any way over their (relative) good fortune, there can be little doubt that with the administrators called in at Debenhams and Arcadia this week, and 25,000 jobs under threat, it was becoming increasingly indecent ahead of a Christmas bonanza, not to give the money back.

But there is much more at play here for Tesco than just “doing the right thing”.

As one former boss at the retailer puts it: “This is a huge statement from Tesco that they are back to being all about market share and volume, rather than just trying to eke out profit margins.

“They can afford to lose nearly £600m safe in the knowledge that this now puts the squeeze on their rivals, both reputationally and financially.”

Suddenly, instead of the Issa brothers and the Walmart contingent at Asda House worrying about getting their merger through, they will be facing up to the prospect of refunding nearly £300m to the government, if, as many expect, they decide to follow Tesco’s lead.

Meanwhile, Morrisons is facing the same dilemma over its £270m rates holiday. Sainsbury’s will be considering an almost £500m payback, while the discounters – so often in recent years the ones on the front foot – are looking at more than £100m apiece.

Surely it is only a matter of time before some or all of the others blink in the face of the media storm whipped up by Tesco’s power play.

The movement on the stock exchange suggests the clock is well and truly ticking.

That is not to say all experts agree with the rationale behind the move, though. There are legitimate fears it could cause further damage to a retail industry already battered by Covid, depending on just how far down the food chain the ramifications spread.

“Tesco’s decision will have a direct read across to the other British retailers that have remained open and received business rate relief in this challenging time,” says Shore Capital analyst Clive Black.

“Should only the listed retailers repay rate relief and how fair will it be if the private players such as Aldi, Iceland and Lidl do not follow suit?”

As many analysts point out, the scrutiny will not end with the big supermarkets, but will apply to the likes of Poundland and B&M stores, with the latter having declared a special dividend for shareholders.

Some also argue the decision by Tesco makes a mockery of the business rates system itself, with the likes of Amazon, having swept up all before it during the pandemic, remaining blissfully clear of the whole sorry mess.

Yet as the aftershocks of today’s move settle, there are grounds for optimism, not just for Tesco but supermarkets as a whole.

Nobody, not Tesco and certainly not the Chancellor, knew at the start of the pandemic just how resilient the supermarkets would be to the biggest crisis since the Second World War, and just how strong their business models and supply chains would prove.

Tesco, as the market leader, is signalling a huge sign of confidence as it goes into the Christmas period that it will thrive once more. And while it will be hugely painful for others to follow suit, both on a financial and PR front, where they find themselves outgunned and outmanoeuvred, that confidence is something supermarkets as a whole can cling on to in the vital weeks ahead.