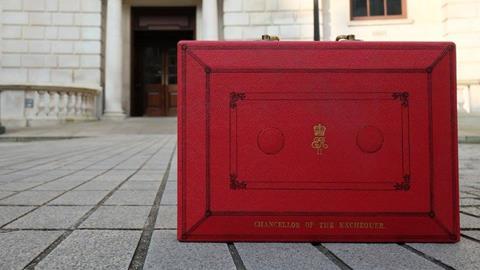 The Budget is welcome for food and drink – but does it go far enough?

“Nowhere near ambitious enough.” That was how Labour leader Keir Starmer described Rishi Sunak’s 2021 Budget today. SNP leader Ian Blackford was even more damning, describing it as “a budget that has a poverty of ambition.”

Still, you’d expect the opposition parties to have a dig. But what does it mean for the food and drink industry? Was it, as night-time economy adviser for Greater Manchester Sacha Lord anticipated, “the biggest announcement for hospitality and events in our lifetime”?

There were certainly some welcome measures, particularly for hospitality businesses:

Plans to increase duties for spirits, wines, cider and beer have also been cancelled although – as some pointed out on Twitter – that’s likely to benefit the supermarkets more than the pubs, which will remain shut until later this year.

That will no doubt be especially galling for foodservice wholesalers, who once again missed out on sector-specific financial support.

Instead, these wholesalers will have to rely on potential eligibility for the £425m allocated for discretionary business grants.

As FWD CEO James Bielby said: “It cannot be the Chancellor’s intention that pubs and restaurants will be handed £18,000 to stay closed until mid-April at the earliest, while their wholesalers – who have had to remain open throughout the pandemic, trading at a loss to supply schools, care homes and hospitals – have no direct support.”

That was probably the biggest surprise (after the PM had raised hopes that the government was sympathetic on this issue) in a Budget in which large chunks had already been leaked to the press ahead of today’s announcement.

Even the announcement of eight freeports in England to “encourage free trade and reinforce our position as an outward-looking, trading nation” – which Sunak was no doubt holding on to as his big reveal – was a bit underwhelming.

And not just because Boris has been talking about them for ages (and there were originally going to be 10). Analysis by thinktank UK Trade Policy Observatory suggests their potential trade benefits are “almost non-existent”.

Sunak’s claim that the UK can only pursue freeports because it is outside the EU was also false. In fact, the UK had seven freeports between 1984 and 2012.

Still, while lacking in ambition or surprise, the Budget was enough to appease a hospitality sector desperate for some continuity in support as it remains largely shuttered until at least June.

All in all, it was “better than expected”, said UKHospitality CEO Kate Nicholls, and contained the “first signs of a longer-term plan for recovery”.

Food and drink manufacturers also welcomed the Budget, which “struck the right balance between supporting recovery and acknowledging the difficult choices that have to be made to restore the country’s finances”, according to FDF CEO Ian Wright.

Perhaps the most crucial element for the wider grocery sector, as Wright pointed out, was that the chancellor ruled out an increase in income tax or VAT – choosing instead to recoup the bailout by freezing income tax thresholds and increasing the rate of corporation tax on company profits to 25% from April 2023.

“The chancellor rightly expressed his firm intention not to increase the cost of living and has recognised the importance of encouraging investment as the key driver of recovery,” said Wright, although he added Sunak should also “review proposed regulatory changes that will increase food prices”.

And there’s the rub. Because freeports or no freeports, Brexit will almost inevitably lead to food price inflation in the months ahead. And that’s without taking into account the impact of a ban on HFSS promotions, or other government policies under consideration, or retailer demands for lower prices from their suppliers.

So, while Sunak might be extending short-term support for the food and drink sector, he’s done little to address the longer-term problem of inflation. Which will squeeze not only manufacturers and retailers but also consumers.

As always, of course, the devil will be in the detail. If the newly announced ‘Super Deduction’ – allowing businesses to claim 130% of their new machinery cost as a tax cut over the next two years – would count for investments in automating food factories, for example, it could help the industry lower costs.

And given we are in the middle of a global pandemic, the government can perhaps be forgiven for a Budget that Starmer dismissed as a “quick fix, papering over the cracks”.

Those cracks, after all, need covering.  And hopefully once we emerge from these dark months, the government and food sector can work together to heal the fissures that threaten not only our economy, but our long-term food security.