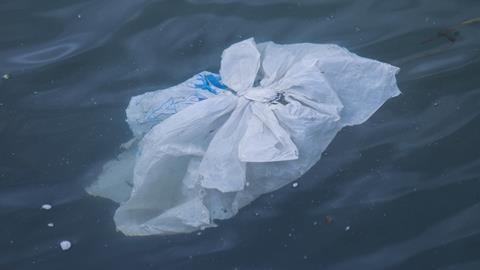 The disgusting revelations of plastic waste from the UK’s leading supermarkets scarring the beaches and roadsides of Turkey may seem very remote from today’s launch of a new fund by a group of our biggest suppliers and retailers.

However, if The Flexible Plastic Fund, backed by the likes of Sainsbury’s, Waitrose, Mars UK, Mondelez International, Nestlé, PepsiCo and Unilever, achieves its goal, it could make it far less likely we will have to witness again scenes like that from last month’s Greenpeace investigation.

The launch could not be more timely, with COP26 looming and the industry bracing itself for the impact of a government clampdown on plastic, which will make the industry responsible for the estimated £2.7bn cost of recycling and litter recovery from 2024.

Against that sort of daunting figure, which is causing huge ructions in the industry as The Grocer also reports this week, the £1m being put up for grabs by the fund appears on the surface rather paltry.

However, if the fund succeeds in establishing a comprehensive and stable market for the recycling of plastic bags, crisp packets, biscuit wrappers, frozen food bags and all the other types of soft plastic being targeted by the initiative, it will surely go down as a success.

These plastics have been so scandalously ignored over many years by underfunded local authority collection schemes. And while supermarkets have recently begun to offer piecemeal collection services, there is far from a comprehensive solution there, let alone at the kerbside of people’s homes, which is seen as the ultimate goal.

Behind the emotive scenes of environmental disaster, the answer to the soft plastic crisis is, in part at least, much more a question of cold, hard economics.

Unless there is an effective market for this stuff in the UK, all promises of a government crackdown will remain hot air.

Whether the £100-£300 a tonne being promised by the fund for those who sign up to recycle through the scheme is enough to create the basis for this market will depend to a large extent on whether enough retailers and suppliers come together to create the infrastructure needed.

Sainsbury’s and Waitrose are already signed up to the new fund and will offer collection points at their stores as part of a bid to kickstart it, with talks understood to be ongoing with the other major supermarkets. But there is always a danger that any industry effort will flounder because of the natural desire to compete and take ownership of high-profile issues such as the war on plastic.

However, there is already an impressive list of companies behind the launch, who clearly have already reached some level of consensus.

First, they agree, it is a total scandal that just 16% of local authority areas in the UK offer household collection of soft plastic.

And, perhaps even more importantly, they are determined that those scenes on the beaches of the Mediterranean will not come back to haunt the industry again.