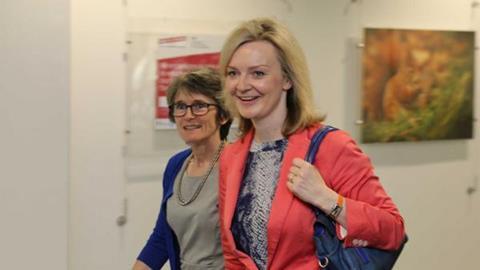 It may only have been the second most significant u-turn of the weekend, but the government’s decision to back down and agree to a permanent body to examine post-Brexit trade deals was a “landmark moment” for farmers and all those campaigning to protect the UK’s food standards.

The move will turn the Trade & Agriculture Commission, initially created with a six-month remit, into a permanent body with a statutory role advising on trade deals. The group will produce a report to Parliament for each trade agreement, which will in turn have a 21-day scrutiny process to consider its recommendations.

If nothing else, it is a sign that the campaign to protect the UK’s food standards is working and has many in the Cabinet Office worried. The fact that it came after a one-to-one meeting between the prime minister and NFU president Minette Batters proves it is resonating throughout the top tiers of government, and maintaining traction even as we move into the ultimate winter of discontent.

However, while it is by far the biggest win of the long-standing campaign so far, it is by no means the end of the tale when it comes to preventing food imports produced to lower standards entering the UK.

What the extended commission delivers is enhanced transparency over certain aspects of trade deals – namely the welfare and environmental impact of food imports and the impact on British farmers. The NFU has increasingly focused on transparency lately, perhaps in recognition of the fact that a simple law preventing certain imports coming into the UK is not really feasible. For starters, what would such a law’s worth even be when a second law can simply come and overwrite it?

Furthermore, there remain outstanding questions that will determine whether or not these changes are worth anything. The first is who will sit on the new permanent commission. The current membership is largely food industry bods who, while experts in the industry, largely lack the specific expertise required to scrutinise and tease out the possible implications of dense and technocratic trade agreements.

If the new commission is to avoid an ‘Iain Duncan Smith/withdrawal agreement’ type escapade in which it later condemns a deal it once condoned, it must ensure it has the sufficient trade expertise on hand. Any US trade deal is unlikely to include such an obvious clause as ‘the UK agrees to import chlorinated chicken’ for example, but is most likely to simply contain standardised language on sanitary and phytosanitary measures that gives no obvious indication to its future implications.

A second question is how much time the commission will be given to scrutinise any trade deal. While it’s understood it will certainly have early sight of any agreement, this must be more than a hot take. Parliament is still in line to only have 21 days to consider any trade deal, which will have to be used to scrutinise and balance not only the effects on food, but sectors from finance to pharma, automotive to digital. The commission will give the food and farming sector an advantage in any trade deal. It remains to be seen how much.