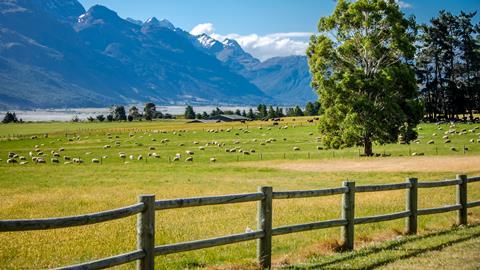 The New Zealand trade deal has some ‘big winners’, but UK farming isn’t one

In New Zealand, farmers are rather satisfied with their latest trade deal. “Congratulations to the trade minister and the staff for getting it over the line,” said Chris Lewis, president of Federated Farmers, the NZ farmers’ union. “The UK has been a traditional market for us, and this deal gives us more options to send our awesome product to.”

Don Good, CEO of Waikato Chamber of Commerce, was similarly enthused. “We should all be thankful that Brexit happened … It’s going to be good to go back to the 1950s and ‘60s when we were the United Kingdom’s garden,” he told the Waikato Times.

It is a marked contrast to the reaction from certain farms and fields in the UK. “This could damage the viability of many British farms in the years ahead,” says NFU president Minette Batters, who seemed to be lacking some of the bonhomie of her New Zealand counterparts.

As Batters rightly points out, New Zealand has “some of the most export-orientated farmers in the world,” who are understandably pleased with their latest deal. They already have good access to the UK on agriculture, but the option of tariff-free access for beef and lamb certainly sweetens the deal for farmers, who for now at least are more focused on markets in Asia-Pacific.

From the UK’s perspective, the New Zealand deal certainly has its positives. Food exporters, service providers and wine importers have all welcomed cuts to red tape. Scotch whisky distillers are happy about better protections from misleading copycats trying to pinch their brand. And many environmentalists will welcome the apparent commitments to eliminating most fossil fuel subsidies.

Yet beneath it all, it has highlighted again the lack of strategy tying the disparate strands of the UK’s trade approach together. Beyond joining CPTPP, what exactly is the UK looking to achieve? Will this deal shape the type of economy it wants? Boost progress towards net-zero targets? Lift animal welfare standards around the world?

And who are the winners and losers? Many farmers right now are the ones kicking up a fuss  – and understandably so, given both Australia and New Zealand will soon gain better access to British agricultural markets. Yes, the effects should not be too dramatic if this approach is limited to just these two countries, but if the same pattern continues throughout future UK trade deals, the cumulative effects could quickly mount up.

Perhaps more agricultural competition is what the UK government is willing to exchange in return for another sector’s benefit. And if so, then so be it. As goes the quid pro quo of trade.

But this need not be so rancorous. Some British farmers could even be persuaded to get on board with such an approach if it was part of a broader strategy to boost British productivity. Imagine if the government helped to promote British food exports and invested in driving farm efficiencies. Then maybe, just maybe, each trade deal could be announced to a New Zealand-esque quiet applause, rather than an angry British backlash.