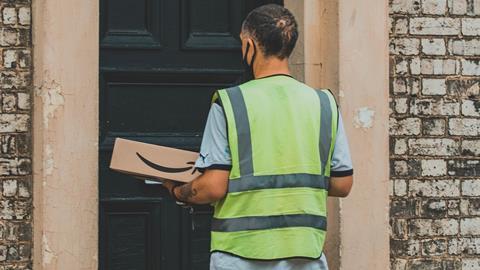 Who wouldn’t want to be Amazon right now? As the pandemic pushes hordes of shoppers online, its dizzying power has reached new heights. In February, it announced a 72% surge in operating cashflow for the year ending 31 December 2020, to a total of $66.1bn (£47.8bn).

That same month, controversial founder Jeff Bezos reclaimed his title of richest man in the world from rival Elon Musk. The former now boasts a net worth of $186bn, while Musk has to make do with a paltry $183bn.

The accompanying pictures of Bezos grinning like a Bond villain have no doubt fuelled the recent furore over the taxation of online businesses in the UK. The issue made the headlines yet again today, as Chancellor Rishi Sunak announced he would wait until the autumn before deciding whether to introduce an online sales tax – long mooted as a tool for levelling the playing field between digital and physical retail.

On the face of it, there’s logic in this argument. The likes of Amazon have been raking it in under Covid restrictions, while physical stores – many of which have forced to close for the majority of the past year – are struggling to get by.

ONS statistics showed online transactions had reached an all-time high in January, when they accounted for 35.2% of all spend. And that’s unlikely to return to previous levels even once Covid-19 restrictions are lifted.

So whacking a tax on Amazon would no doubt be a popular move among those who have suffered from this shift. But any schadenfreude is likely to be brief. As Covid makes digital sales a necessity, rather than a luxury, few will escape the tax.

And it’s debatable whether it will do much to offset the real issue at play here: the disproportionate burden of business rates on bricks-and-mortar premises. It’s an issue that has momentarily been swept under the carpet during Covid, as the government has repeatedly extended the full business rates holiday. But that will come to an end in July, when rates will once again become payable on a discounted basis. By March 2022, rates are due to return to their pre-Covid levels.

That’s a scenario many retail leaders are keen to avoid. The business rates system has long come under fire for taxing the retail sector too heavily and relying on outdated property values. As one senior source puts it: “There’s not a single person in commercial real estate who doesn’t think it has to change.”

A return to that system in the coming year, as the high street attempts to make a recovery from the pandemic, could be disastrous. The business rates multiplier is 51p in £1. If that was undesirable before Covid, it’s now unthinkable.

So although it’s later than desired, it’s perhaps a good sign that the government will be looking at the online tax in autumn, at the same time it reviews the entire business rates system. Because taxing online on its own won’t work. What’s needed is a wholesale reform of the tax system, taking into account all retail models.

By looking at the two together, the government can perhaps create a system that works for the new world – one in which the supposed division between the online and offline worlds will increasingly become irrelevant.