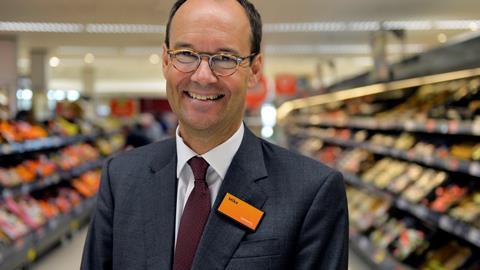 The Sainsda deal is dead. What now for the supermarkets - and the industry?

Even if Mike Coupe and Roger Burnley had glued themselves to the CMA’s London headquarters, climate protester-style, there was in reality never any chance the regulator’s final report today would allow their doomed merger plans to rise from the ashes.

The CMA’s provisional findings, delivered in February, represented a systematic demolition job. Even a row back today on some of its data and findings was not enough to make the merger partners’ case for a u-turn stick.

In fact, the only doubt this morning was whether the two thwarted giants would decide to continue the battle in the courts.

Today any talk of that was finally put to bed as the supermarkets said they were terminating the proposed deal by “mutual consent”. Sainsbury’s Mike Coupe was unable to resist one last barbed remark to the CMA, which he accused of taking £1bn from shoppers’ pockets.

Yet, despite their understandable bitterness, it would appear a wise move to avoid the cost, and potential further PR humiliation, of a protracted legal battle – one which Sainsda never looked like winning.

The Grocer has spoken to competition experts, who believe at best an appeal would have led to the decision being remitted back to the CMA for another review.

The chances of the appeal courts unilaterally overturning the decision were wafer-thin, even if the supermarkets had been willing to expose themselves to what would have been at least 18 months of wrangling in the courts.

So while today signalled curtains for the deal, it also leaves burning questions for the supermarket bosses involved – and the wider food and drink industry.

First up, all eyes will be on Sainsbury’s boss Coupe when he delivers its results next week, amid huge scrutiny over where now for the supermarket.

As part of the merger he promised £1bn in price cuts and 10% cheaper essentials. How can Sainsbury’s avoid a humiliating climbdown from that objective without its Walmart partner, and can it arrest the slide in its share price having failed to land its big gamble?

As for Asda, it has fared somewhat better of late. Its own turnaround strategy has shown signs that under Burnley the supermarket has got back to getting the basics right, after years of misfiring. Yet while she was full of praise for Burnley today, will Walmart International supremo Judith McKenna decide it wants to be part of the recovery for the long term? Or will the US giant be looking to cut and run, amid speculation of potential buyers on the horizon?

Perhaps the biggest question of all raised by the deal’s demise is for the future of merger activity in the food and drink sector. What, after the CMA’s decision to give the go-ahead to the Tesco-Booker deal, had seemed like an unstoppable charge towards consolidation and survival of the biggest has now become much more complicated.

Sainsbury’s and Asda (as well as, it has to be said, the majority of experts) clearly badly misjudged the mood of the competition authorities, perhaps on the back of Booker. However, the ferocity of the authority’s findings surprised even those who had all along expected the deal to be denied.

Will its findings survive the test of time or prove to be out of touch with reality? The merger may have crumbled into dust, but the challenges posed by discounters Aldi and Lidl, a resurgent Tesco and the threats of new online competition, which the CMA considered and dismissed, will not.

And while suppliers and unions will be celebrating today, as a test case the CMA’s final report will make nightmare reading for companies as they consider from where the next big power play will come.