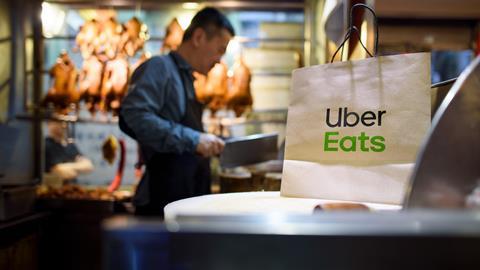 The great reopening has begun for fast food fans. KFC, McDonald’s, Burger King, Nando’s, Five Guys, Pret a Manger and Krispy Kreme have announced outlets are back in operation with favourite items available for delivery.

The news has come with reassurance staff preparing food will adhere to strict social distancing. KFC is using “smaller kitchen teams” so they can maintain distance, Nando’s is offering a limited menu to the same ends, while McDonald’s workers are getting PPE and their temperature taken on arrival.

When the meal arrives at your door, delivery is now contactless. Deliveroo, Just Eat and Uber Eats were quick to roll out the measure, in which food is left on the doorstep rather than getting handed over.

But what about the bit in between? As countless images posted on social media and in rider forums show, many couriers are not staying apart when waiting to collect orders. It’s a problem that’s become bad enough for police to have been called to a Five Guys in Edinburgh last month to disperse a crowd.

“Whilst some riders could try harder, it isn’t mostly the riders’ fault – they are just worried that they will get forgotten about if they don’t hang around near the action to get their orders,” one courier wrote on Reddit.

When collecting an order, couriers typically must make themselves known to the restaurant that they are there so food can start to be prepared. They must wait while a meal is made and listen out for their order to be called. The spaced queueing system adopted by supermarkets doesn’t apply. Waiting outside is “not an option” wrote another rider. “If you don’t make sure you get to the front and announce your arrival the food will never be cooked.”

Riders are being forced into the position of risking their own health and that of others. Some are flat-out rejecting orders from restaurants they know to be crowded and accepting the financial hit. One told The Grocer they had temporarily stopped delivering because they feared contracting the virus and spreading it to restaurants and customers. “You can see how things will explode from there,” they said.

“They don’t care about us since we’re not employed by them,” the rider added. “I don’t think they actually care about anything except for profits.”

The courier companies say that, as well as distributing PPE and hand sanitiser to riders who have requested it, they regularly remind them of the need to social distance.

Riders are more than aware of what they must do in theory. That doesn’t mean it can easily be done in practice.