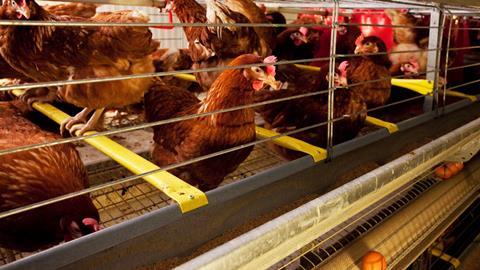 Time is running out for unsustainable soy linked to deforestation

Brazilian president Jair Bolsonaro’s liberal approach to environmental destruction is costing him. European governments and foreign investors are continuing to press the far-right leader to improve his government’s conservation policy, with a much-vaunted EU trade deal potentially at risk.

The UK supermarkets are also alarmed, co-signing a letter with 87 other companies in December, urging Bolsonaro to stop further deforestation of the Amazon for soy production.

Soy may be the second-most prolific driver of deforestation, but we are utterly reliant on it.

“The king of beans” is produced primarily for the global meat industry, with more than 90% used in animal feed. Its use is now so prolific that Europeans on average consume almost as much each year as meat itself [WWF/OECD].

The problem is we typically have no idea where it’s come from. Soy’s origins are largely anonymous once in the UK, with often little to distinguish whether it’s from a bucolic ranch in Iowa or a devastated primordial savannah in the Brazilian Cerrado.

A new report by 3Keel concludes 75% of meat consumed in the UK is not certified as deforestation-free, meaning the environmental impact of the vast majority of meat we consume is completely unknown.

Given the UK’s annual demand for soy equates to an area about the size of Wales, according to a recent report by the WWF and RSPB, the destruction fuelled by the UK’s meat industry could be devastating.

Some of the supermarkets have made positive steps in implementing improved sourcing policies for sustainable soy, and the results are slowly beginning to show. The poultry sector has attracted much of the retailers’ attentions so far, given it consumes the most soy, leading to significant increases in the sector’s soy inputs certified as deforestation-free.

Pork is a somewhat different story. The sector consumes more than 400,000 tonnes of soy each year and yet the origins of almost 90% of it are unclear. For years there have been calls for British pigs to be fed on more sustainable feed, yet any change has been negligible at best.

Producers must do more to turn this around. The sector certainly faces greater challenges than many, due to the complexity of its feed supply chains, but a more impactful approach is now needed.

Soy is, after all, not the only option. New innovations for feeding animals such as insect-based protein, oil from natural marine algae, and protein derived from methane-eating bacteria could all be worth exploration and investment.

Last year, Ynsect, a French startup, raised $125m – the single largest agritech investment round outside the US – to build an insect farm in northern France capable of producing 20,000 tonnes of protein a year. Nando’s, meanwhile, is trialling feeding its chickens algae and insects as part of efforts to reduce its carbon emissions. That’s one company that can say it gives a cluck.