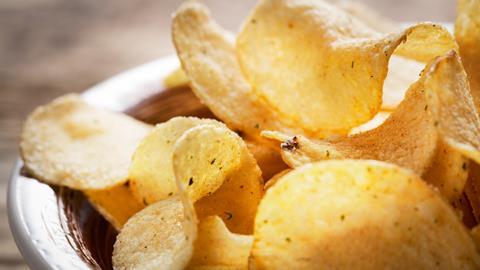 The creators of sitcom Two Pints of Lager and a Packet of Crisps were on to something. It’s an unbeatable combo. Which could even end up helping save the planet: this week crisp giant Walkers unveiled an impressive plan to slash carbon emissions from its potato growing operations by 70% – with the help of Britain’s favourite beverage.

It trialled the fertiliser on this year’s potato crop, and the wheels are in motion for an official upgrade to Walker’s Leicestershire base next year, bringing in the specialist equipment needed to begin wider production of the fertiliser. The kit, made by sustainable tech firm CCM, will use the by-product waste from Walkers’ anaerobic digestor, turning potato waste into a reusable resource.

This is great to see. It is a concrete move using cutting-edge technology that actually exists, at a time when other suppliers are making bold but far-off and often vague commitments for years in the future.

That’s not to say they shouldn’t be applauded for setting these targets. Especially considering many business leaders are actually pausing sustainability moves because of Covid. A recent survey by Opinion, for instance, suggested a whopping 70% of “business leaders” had put sustainability initiatives on hold this year. That’s a difficult pill to swallow.

Props also should go to Walkers for recognising the potential in working with the brewing industry: beer brands have been battling CO2 emissions themselves with great success over recent years.

Take Budweiser owner AB InBev, for instance, which in 2018 created a new brewing technique that slashes heat and water consumption and reduces emissions by stimulating gas bubbles without needing to boil the beer. Or Carlsberg, which has emerged as a pioneer in sustainable packaging and last year unveiled a duo of prototype paper beer bottles.

Then there’s BrewDog, which after massive investments says it now takes twice as much carbon out of the air as it emits. Its CEO James Watt launched a vitriolic attack on businesses dragging their feet on climate change at the ALT COP conference last month. Put simply, he said “f*** going carbon neutral by 2050, that’s too late”.

Even at grass roots level, small brewers are massively raising standards for sustainability in manufacturing. Such as Tunbridge Wells’ Good Things Brewing. It claims to be the UK’s first closed-loop, fully sustainable brewery, which bores its own water, creates its own power and turns spent brewers’ grain into flour, which it sells to the hospitality sector.

Put simply, this is an issue on which beer is leading the way in fmcg. Other categories would do well to watch brewers closely.

The beer tie-up won’t last forever: Walkers owner PepsiCo wants to eventually find a way to capture CO2 from its own supply chain. But to see this kind of cross-sector collaboration is certainly refreshing. Now who’s thirsty?