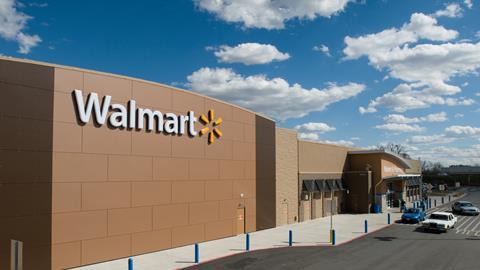 Walmart has a plan B to back out of Asda. But can it attract investors?

Walmart may have suffered a crushing defeat on its original “Brexit” strategy, but at least boss Judith McKenna, unlike Theresa May, has come up with a Plan B - albeit one that is far from a done deal.

After last month’s hammer blow from the CMA when it threw out Asda’s proposed merger with rival Sainsbury’s, all eyes have been on what its not-so-doting parent company would do next.

So having signalled, a bit like the Brexiteers, that it “wants out”, was yesterday’s announcement that Walmart was exploring the possibility of Asda listing on the London Stock Exhange a sign of a U-turn from the US giant?

Or, more to the point, is it merely the start of what could be a long and drawn out process of putting Asda in the shop window for other potential suitors, be they trade rivals or private equity?

Ever since the CMA’s provisional findings effectively torpedoed the Sainsda deal in February, speculation has been rife about alternatives, including a possible stock exchange listing. It’s possible Walmart may be hoping that publicly announcing it is willing to go down such a road, even though McKenna says it will take years, is in the hope it will flush out interest from the private sector.

There has already been reports of private equity house KKR sniffing around Asda, although whether possible suitors will come out like bees around a honeypot, given the economic and political backdrop, as well as Walmart’s signal that it sees the UK market as one facing strong headwinds, is surely highly doubtful.

The market is also awash with talk that Asda might eventually fall into the hands of US giant Amazon, as the much-anticipated vehicle for its fully-fledged assault on the UK, or even smaller, up and coming rivals like B&M.

So for the 1,200 managers summoned to Asda’s Leeds HQ yesterday, and the rest of Asda’s colleagues, having endured months of uncertainty over what would happen to them under a Sainsbury’s-led regime, they have subsequently had to endure yet more turmoil over the prospect of alternative owners that could spark even greater upheaval.

So whilst it would be wrong to interpret these moves as a sign that the special relationship is back on, at least the IPO route will go down better with the majority of Asda staff.

If it goes ahead it would also give Walmart a chance to continue its exit strategy by allowing institutional investors to come on board.

What enthusiasm there will be for such an offer in the City depends largely on what happens next for both Asda and the wider supermarket sector. If anything it has been even more cut-throat than ever this year, despite companies, including Asda, bouncing back from some of the horror shows of recent years.

Will there be a great rush to pick up shares for a retailer, even one as big as Asda, when its own owner obviously thinks the market is overcrowded and has a fundamental issue with how to tackle the discounters?

Will price cuts stop the discounters this time around?

As for Asda CEO Roger Burnley, the prospect of an IPO, even if Walmart manages to talk up interest in the market, will provide nothing like the synergies offered by the Sainsbury’s deal, even if it may come as a relief to his staff.

Yet what he does will be crucial for the fate of Asda, whatever route Walmart goes down.

Yesterday Burnley was urging his managers to “ignore plan A and plan B” and get on with the day job.

Under Burnley there have been encouraging signs that Asda has been getting back to doing the basics better, in price competitiveness as well as store service and availability.

But there is an obvious worry for Burnley, despite his announcement yesterday of an additional £80m of price cuts this year alone.

Lest we forget, under one of his not-too-distant predecessor’s, Andy Clarke’s, ill-fated Project Renewal programme, Asda threw £500m at price cuts and store refurbishments, yet still found itself unable to stop the discounters, to the extent that Walmart decided it was best to sound the retreat.

Burnley’s signal that Asda will go back to what it knows best, and fight the battle toe to toe on price, is hardly likely to give the discounters too many sleepless nights, especially when the investments by Walmart are a fraction of that in the past.

As Burnley admitted to staff, Asda still has a “mountain to climb”, so it will be fascinating to see if its ‘come and get me’ signal will attract those with enough money, or fresh ideas, to help it back to the summit.