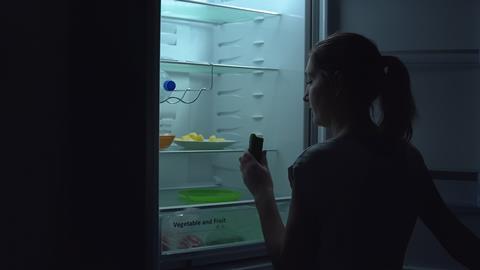 It says a lot about the mess the government has made of its strategy to feed the hungry during this crisis that nobody actually knows how many families out there are relying on donations and help from the food industry.

Ministers have identified 1.5 million clinically vulnerable people on their so-called “shield list”, but above that is a far bigger group of anything up to 19 million who are vulnerable to food poverty in other ways – ranging from disability to pregnant mums struggling for cash and mobility.

FDF CEO Ian Wright threw in another stat yesterday as food leaders urged MPs to sort out the situation before it descends any further into tragedy.

Wright, addressing the Environment, Food and Rural Affairs committee inquiry into food supply issues raised by the outbreak, spoke of the two million people a day that food distribution charity FareShare estimates rely on donated food for their main meal. He asked why, with such levels of demand, the government and the industry does not have a minister in charge of dealing with the problem.

He even suggested some of the “highly paid consultants” like American firms Bain and McKinsey making a fortune during the crisis could be persuaded to provide data for an audit to help the cause, as a pro-bono “peace dividend” to help the new minister get the work off the ground quickly.

It’s not the first time there have been calls for a hunger minister. Last year a call by the Commons Environment Audit Committee was rejected by ministers, when at the time it looked as if a looming no-deal Brexit was the biggest threat to families facing shortages of food. Not anymore.

Yesterday, it was also revealed the government rejected a call from trade bodies for donations made by the industry to be free from VAT, which they said could have made it financially far more viable for companies to help provide food, for the thousands of charities and food banks on the ground.

The government’s response has been slammed by suppliers and retailers alike. As The Grocer has reported, supermarkets were left fuming both over delays in information about the critical list being sent to them, and on ministers’ reliance on overloaded online delivery services to tackle the millions of vulnerable people not on that list but still in need of food.

Today, the Efra committee chair wrote to environment secretary George Eustice, warning of a huge rise in the number of people facing food problems caused by the crisis and saying there had been a 122% rise in demand from families with children compared to the same period in 2019.

It’s not as if Defra, and other departments, have not been throwing money at the problem – and not just at expensive consultants. Just two weeks ago it announced a £16m fund to help charities like FareShare buy food direct from the supermarkets.

FareShare told The Grocer its £10.5m would allow it to provide at least 10 million meals from this week.

But you don’t have to be a mathematician to work out, given Wright’s figures, that this isn’t going to last very long.

With the chancellor himself yesterday warning the UK faces a “severe recession the likes of which we’ve never seen”, it is increasingly apparent that the hunger crisis is still only in its formative stages - rather than something we can chalk down to experience for next time there is a crisis.

A strategy on hunger that effectively brings together the food industry and government – whether that is led by a single minister or not – is needed as a matter of urgency.