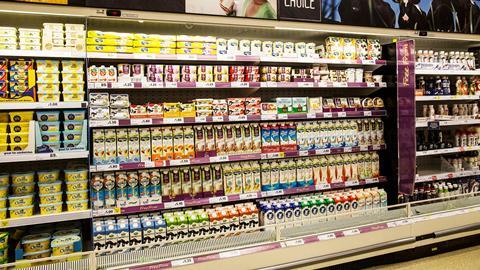 What does Tesco’s record fine for selling out-of-date food mean for the industry?

Legal experts describe the £7.5m fine given to Tesco for selling out-of-date food at three of its stores in Birmingham as a “game changer” .

The penalty handed out on Monday, after it pleaded guilty to 22 offences between 2015 and 2017, is five times the previous biggest food safety fine – dished out to pub chain Mitchells & Butlers in 2015. In that case, a woman died and more than 30 others fell ill from food poisoning.

Before that, the £1m fine faced by Cadbury held the unenviable record, for a salmonella outbreak in 2007 that left more than 40 people ill and led to the recall of more than a million chocolate bars.

This week’s ruling involved no deaths, or even customers becoming ill.

Yet it’s not just the level of fine that left industry experts – and no doubt Tesco’s lawyers – open-mouthed. The sentencing remarks by Judge Shamim Qureshi were notably savage.

Britain’s courts have a long tradition of certain beaks shooting from the hip, but seldom have stronger words been directed at a company than those of Judge Qureshi, who described the retailer’s admission of the offences as “probably the most reluctant guilty plea in legal history”. He accused Tesco of making prosecutors “jump every conceivable hurdle”, including a series of submissions to various courts over the course of the case, to avoid prosecution.

The judge was particularly scathing about evidence from Dr Slim Dinsdale, a leading food microbiologist called by Tesco’s lawyers. He claimed the food involved – which included 67 products such as kids meals, pizzas, scotch eggs, wraps, yoghurts and fruit, some of it up to 17 days past its use-by date – was still perfectly safe to eat, arguing some of the food didn’t even need a use-by date.

This is what the judge had to say: “Dr Dinsdale for the defence analysed identical food items as the original ones were destroyed. He checked the bacteria and thought the levels were fine and rendered the food safe to eat. He would be happy to eat them. He even compared the cotton-like mould on grapes to the mould in blue cheese. He is completely at odds with the feeling of disgust that any ordinary member of the public would have on seeing the mould on grapes. If I am wrong… then perhaps someone might pioneer a new market amongst the public for mouldy grapes to be eaten with mouldy cheese, mouldy biscuits and pungent wine.

“Since 2014 the law has been absolutely clear that food cannot be sold after the use-by date,” added the judge. “It was crystal clear, but Tesco tried to make it confusing… this needs to be said to Tesco and others in case people want to find ways to avoid complying with the food safety laws.

“If the Tesco defence was a valid one, no one would ever plead guilty to selling an item after the use-by date and they would shop around to find a scientist to say it is still safe to eat. If Tesco had succeeded with this implausible defence about unsafe foods, then the game of Russian roulette can be described as a safe one.

“The public,” he added, “will not be left with any confidence that Tesco takes the legislation seriously.”

This week’s judgement is the latest in an expensive relationship between Tesco and the local council in Birmingham.

In 2013, it was fined £300,000 after admitting it misled customers over whether strawberries on sale were genuinely “half price”. But but this week’s fine makes that look like small change.

It’s particularly eye-watering when compared to a £160,000 penalty at Reading Magistrates’ Court last year, which Tesco received after pleading guilty to having 46 food items past their use-by dates on shelves at its store in Warfield, Bracknell.

Indeed, until 2015, the maximum fine for food safety offences in Magistrates courts – albeit a lower form of court – stood at just £5,000.

Astonishingly, with unlimited penalties at judges’ disposal under the latest sentencing guidelines, the court could have hit Tesco with a fine as high as £90m based on its turnover.

As for the £7.5m, the judge said: “There is no question that Tesco can afford such a fine. It represents a mere 0.02% of their turnover and a small fraction of their profits.”

So where does that leave Tesco and the rest of the food industry?

The first obvious question is whether Tesco will appeal. Many experts believe it will – not least because of the extremity of the judge’s remarks. It has a month to decide, yet any such action could take years to reach a result.

Tesco said it was disappointed “a small number of out-of-date products” in a tiny fraction of its stores had led to such a fine, and claimed it had since conducted a thorough review of its procedures, externally audited by its primary authority Herts County Council.

Dominic Watkins, head of retail, food & hospitality at London law firm DWF,  describes the fine as a “game changer”. For him, the big question is whether this sets a new bar for future cases.

Katie Vickery, international regulatory and compliance partner at Osborne Clarke, describes the case as a “wake-up call” for the industry and says Tesco and other retailers will be doing everything they can to tighten up procedures on best-before dates.

Quite how human error can be rooted out in organisations employing hundreds of thousands of staff remains to be seen, but the case threatens to give a whole new significance to those images of out-of-date, mouldy food that often spring up on social media.

Will this give birth to a whole new breed of legal teams looking for evidence for the next high-profile prosecution? And whilst it was no doubt not at the top of the judge’s priorities, where does this case leave Wrap’s battle to encourage retailers and consumers to pay less heed to use-by dates, because of the evidence linking them to thousands of tonnes of wasted food every year?

If ever there was a case of opening a can of worms, this is it.