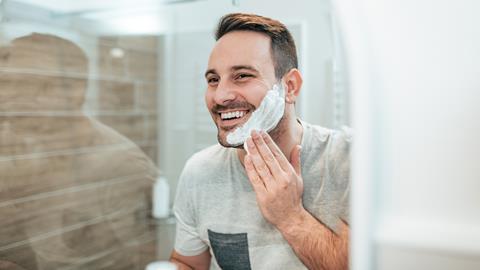 What next for Edgewell after close shave with Harry’s?

Let’s take a look at Edgewell Personal Care’s close shave with the US competitions regulator.

The Wilkinson Sword owner this week dropped its plan to buy disruptive male grooming brand Harry’s for $1.4bn (£1.1bn). The decision was the result of “uncertainty” caused by a threat of legal action from the Federal Trade Commission, Edgewell said.

The watchdog, which enforces US antitrust laws, had warned the acquisition would “eliminate one of the most important competitive forces in the shaving industry” and cause “serious harm to consumers”.

“The loss of Harry’s as an independent competitor would remove a critical disruptive rival that has driven down prices and spurred innovation in an industry that was previously dominated by two main suppliers, one of whom is the acquirer,” claimed the FTC.

Its remarks make it quite easy to appreciate why Edgewell yearned for Harry’s. The opportunity to have greater influence on industry prices is mouth-watering. Plus, there’s the perceived cool of Harry’s: it’s from New York, its razor handles are darn stylish, and – perhaps most significantly – it has direct-to-consumer knowhow.

Harry’s started as an online shave club in early 2013 in its homeland. Less than a year later, it bought the then 93-year-old Feintechnik razor factory in Germany for a reported $100m. The brand quickly secured two million customers, before launching into major retail, making its UK debut, and raising $112m in venture capital financing.

It’s one heck of success story – and one in which Edgewell was understandably eager to play a part as it took the fight to its closest rival, Gillette owner Procter & Gamble. For Edgewell to be able to go DTC in style, for example, would be a powerful advantage during a buoyant period for personal care Stateside.

However, it’s also reasonable that the FTC was concerned about the loss of Harry’s as a competitive force in the $2.8bn US men’s shaving industry – which is dominated by Edgewell and P&G. And one has to wonder why the former company was so keen to spend so much cash on Harry’s, other than to thwart a challenger.

After all, Edgewell already has high-quality razor blades in Wilkinson Sword, and it has premium cachet in Bulldog Skincare, the classy, eco-conscious British brand it bought in late 2016.

As for DTC, Edgewell may not have a service to speak of, but it surely has the money and chops to launch one. And Harry’s has been described by at least one industry insider as “a retail brand with a website” rather than a true online shave club – based on its significant presence in Target, Walmart, Boots and Sainsbury’s.

But maybe we’ll never know for certain, the company having failed in its ambition by a whisker.