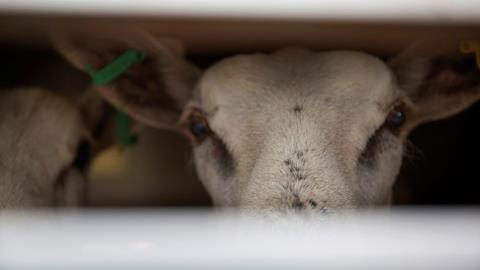 It was curious timing, befitting of a curious year.

At the beginning of December, the government announced an eight-week consultation on banning the export of live animals and reforming how they are transported in England and Wales.

It was crowd-pleasing news that brought some early festive cheer to animal rights organisations such as the RSPCA and Compassion in World Farming, both of which have been calling for a ban on exports for decades. It was also an admirable move, as the UK would be the first European nation to implement such a ban if it became a reality.

But the big question is – why now?

The government doesn’t need to be told that we’re in the midst of dual national crises presented by Brexit and coronavirus. Or perhaps it does, given the lacklustre nature of its actions on both issues.

We can speculate about whether the announcement was an effort to move the news agenda away from false claims the Covid vaccine was able to be fast-tracked due to Brexit.

But what we can say for certain is the prospective reforms are going to heap yet more food for thought on to a meat industry that is already over-stretched due to Brexit and the issues it poses, not only to cross-border trade but also to the fundamental issue of carcase balance. How can the government possibly expect it to have any spare bandwidth to provide a sufficient response to these proposals?

Speaking to the BBC’s Farming Today programme yesterday ahead of a meeting between farming unions, hauliers and meat processors, the NFU’s chief livestock advisor John Royle said the consultation did not seem to be driven by any new data and was “nonsensical” in some areas.

“To suggest things like you can’t move the animals when the temperature’s below five degrees for most farmers seems nonsensical. You can have a sheep or a cow outside at minus six degrees and you wouldn’t say its welfare was compromised,” he said.

“There would be times during the winter where we simply wouldn’t be able to move any animals around and it means a processor wouldn’t be able to process an animal and therefore, with a just-in-time supply chain, how would we ensure that product was on the shelf for consumers to buy?”

Royle also spoke of how farmers want to slaughter animals close to where they are reared, but that this was not always possible. If the government wants to get to the bottom of why this is the case, it won’t have to look far.

As Private Eye has pointed out for several years, well-intentioned animal welfare legislation requiring vets to be in attendance at abattoirs in order to ensure humane slaughter has put smaller abattoirs under considerable financial strain.

According to the magazine’s research, the number of these smaller abattoirs has fallen from 96 to 61 since 2007, forcing farmers to look further afield to get their animals slaughtered.

So, before the government starts throwing around bans and further regulation, it might do well to do more research about the root causes of why animals are potentially suffering in transit.

It could also focus its efforts on the bigger issues at hand. As it stands, the government’s in-tray is full to bursting with Brexit-related problems including the vet shortage, lorry queues at Dover, chaos at other ports, untested border infrastructure and no announcement on who’s going to pick the UK’s fresh produce from next spring. And this is all before we even get to Covid-19 and Christmas.

Brexit does offer a fantastic blank canvas for world-leading policies. But now really isn’t the time to be trying to run when we don’t know if we’ll even be able to walk after 1 January.