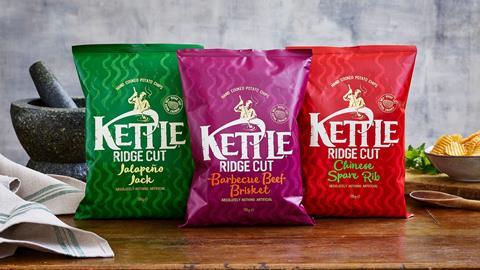 The popping of champagne corks must be a familiar sound at CapVest HQ – or at least it would be if offices were open – as the PE house continues to celebrate a quite incredible year.

Hot on the heels of banking about £1.2bn for surf ‘n’ turf protein group Eight Fifty, the business struck a deal worth north of €1.7bn for Kettle and Rowse owner Valeo this week.

However, it could be argued that despite the small matter of the mega-buyout by Bain Capital, nothing has really changed for Valeo.

The buy-and-build strategy that has served Seamus Kearney and co so well since bringing Batchelors and Origin Foods together in 2010 will roll on unabated.

If it ain’t broke, why fix it? Valeo has become an expert in snapping up undervalued business, identifying synergies and extracting maximum value to create a €1.1bn revenue group worth far more than the sum of its parts.

The question is, will the Irish-headquartered ambient food group continue on its steady-as-she-goes course with further scattergun small and medium bolt-on deals, or will it be more focused to try and bring a strategic cohesion with eye-catching businesses and brands that can also shoot the lights out?

The answer, of course, is with Bain’s backing and firepower it can do both.

And there is no shortage of potential targets for Valeo to go after, especially when a willingness to do private label and contract manufacturing deals is taken into account.

Pretty much every ambient food business in the UK and Europe could be in play.

Bain is relying on former Burton’s Biscuits CEO Ben Clarke as a senior advisor for this new ambient food play, and with the Wagon Wheels and Jammie Dodgers maker also up for sale that deal suddenly makes a lot of sense for the PE house and its new ambient asset.

If Bain really wants to move the needle it will need to think bigger – and cleverer.

Of the 85 international brands owned by Valeo, just 13 are category captains. And while the Covid pandemic elevated demand for its secondary and tertiary brands, those tailwinds won’t last forever.

Hain Celestial’s UK stable of brands, which the US group has long been hoping to off-load, could also be an option for the newly capitalised Valeo and would add another £500m of revenues at a stroke, with plenty of scope for synergies. Sun-Pat, Hartley’s, Robertson’s, Frank Cooper’s, Gale’s honey and Clarks all look tailor made to complement the Irish group’s Rowse brand and provide a spreads focus.

The big worry for Bain is repeating the past mistakes of Premier Foods, another disparate food group with a lack of category focus, gobbling up unfashionable brands and ending up with a bad case of debt-fuelled, cash-strapped, unfocused indigestion.

Despite its recent resurgence, Premier’s share price is still way below the 2007 peak, with the group currently worth almost £850m – a multiple of around 6x EBITDA.

However, as Valeo’s vast international footprint spreads across Europe – and perhaps now with potential to also look to the US for the first time – it is arguably in a much healthier, more robust position, with less exposure to the UK, as well as those grocery tailwinds.

And crucially Bain will have high hopes the Valeo formula – masterminded by Kearney – can continue to work its magic.

But the Boston PE firm, founded by former presidential candidate Mitt Romney, will have its work cut out if it is to achieve the same 10x or 11x EBITDA multiple CapVest managed if and when it wants its own exit in the future.