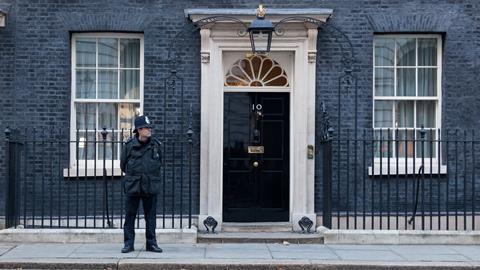 If 2020 seems bad, then 2021 may soon start to look rather daunting. Since it became clear the government’s masochistic approach to Brexit meant the January deadline would not be extended, many have started to question what a perfect storm of no-deal Brexit plus a coronavirus second wave at the start of next year might look like.

Last year’s Operation Yellowhammer seemed to many like a reasonable baseline, with a few additional struggles thrown in due to Covid, but forecasts by the Cabinet Office’s EU transition task force go considerably further.

Compiled for ministers in July and seen by The Sun on Sunday, the taskforce outlined a “reasonable worst-case scenario” for a no-deal Brexit combined with a Covid second wave. It unsurprisingly forecast food shortages and price hikes but went significantly further in warning of nationwide riots if food issues were combined with an economic downturn of the scale widely expected.

And food will not be the only thing in short supply. Medicines, chemicals for drinking water purification and fuel supply could all see shortages, according to the report, with the new border procedures causing traffic flows to fall by about 45% between Dover and Calais. The lack of medicines may not only affect humans but could lead to rampaging animal disease across the countryside, while a lack of water purification and fuel could necessitate water rationing and power cuts.

The scenario planning posits that while the Army will be needed to maintain law and order on the streets, Navy boats will patrol the seas, protecting the UK’s fishing fleet from illegal EU incursions. The RAF, meanwhile, will be dropping food on to Guernsey and Jersey to ensure residents remain fed. All of a sudden 2020 doesn’t seem so bad.

The forecasts are concerning, but it is of course possible the documents were leaked by No 10 as a political ploy, lowering hopes and expectations to the point that even the weakest of EU deals can look like a Boris Johnson masterstroke, saving the country from ruin.

But true or not is beside the point. The reality is that come January, the UK will enter a lurching, disaster-strewn upheaval if a deal with Brussels is not reached. A ‘best possible’ deal is an impossibility given the little time left: it is now a choice between a no-deal or a low-deal.

Only political intervention from Johnson himself can ensure it is the latter. Talks are at an impasse over level playing field and fisheries demands, which can only be resolved once the government actually bucks up the courage to decide what it is willing to trade away, if anything, to get a deal.

The fact Johnson was on holiday in far-flung Scotland during last week’s talks says a lot about his premiership. Last week was the penultimate round of talks before the UK’s own earmarked deadline of September for reaching a deal. The PM left his chief negotiator David Frost floundering to the point EU negotiator Michel Barnier said it feels like “we were going backwards more than forwards”.

“I simply do not understand why we are wasting valuable time,” he mused afterwards.

The obvious answer to Barnier’s ponderings is it is a political game and part of Downing Street’s ultimate negotiation strategy. It is, after all, seemingly in Johnson’s political interests to secure a deal. As others have argued, “he was hailed as some sort of latter-day Messiah for agreeing to essentially the same deal with the EU that Mrs May had rejected out of hand”. By forcing a last-minute deal again from an intransigent Brussels this autumn, he would be a hero not only once, but twice.

Yet regardless of any political logic in the strategy, it is laced with insolence and arrogance. Yes, the Cabinet Office’s predictions on a Covid-Brexit perfect storm may err on the side of extreme, but much of it is by no means fanciful.

There is now insufficient time for a comprehensive EU deal. Add in a Covid second wave, economic recession, and the chance of disastrous winter weather, and things could get really grim, really fast. Johnson’s Brexit plans were once farcical: they are now insulting.